Every winter millions of people around the world tune in to watch Americas biggest sporting event, the National Football League’s Super Bowl Sunday game. Whether it’s 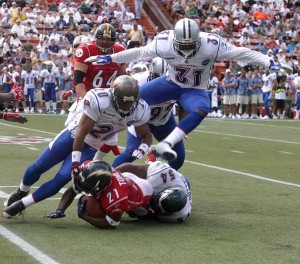 to support that year’s two tops teams, watch the much anticipated half-time show, or comment on which of the different commercials shown took 1st place for creativity, there is always a reason for people to tune in.

To the host city it brings prestige, additional revenue from hotel stays, restaurants visited and the parties, and an increase in tourism which benefits all. However, some of those who participate in the festivities bring problems as well. This does not mean fights over who should have won or brawls during tailgating before the game.  There is a dark side to the Super Bowl. When there is an increase of transient people, in other words people who are just passing through in a city or at large event, there is also an increase in child prostitution.

This is not to say that Super Bowl is the cause of this phenomenon. Situations like this have occurred around other major events.  A demand for sex work, especially involving teenage girls, has been known to exist around national political conventions, large concerts or highly publicized musical events, other sporting events and others of the sort. Whenever there is an increase of out-of-towners who will be in a place for a short time, specifically if the majority is male, there is a demand for sexual services and child traffickers and perpetrators aim to supply.

Studies have noted that in any given point, websites like Craigslist or Backpage.com have had hundreds of ads advertising this type of service. Around these types of events, the number of ads increases exponentially.

In the last few years, local authorities and service providers have worked to raise awareness on the issue and be on hand should any child be identified as commercially and sexually exploited.  After 2009’s game in Tampa, Florida’s Department of Children and Families took in 24 children who’d been trafficked to the city. For the 2010 game, authorizes in Miami formed a committee to address this situation.  One particular case received media attention:

Fred Quinton Collins was charged with transporting a minor for the purposes of commercial sex.  It is alleged that he brought the victim, a young girl, with him from Hawaii to Miami, for her to engage in prostitution in Miami Beach over Super Bowl weekend. Collins allegedly arranged everything; he booked the victim’s travel under a false name, paid for her airfare and hotel stay, and supervised the criminal activities in which he forced her to engage. He was eventually convicted and sentenced to over twenty-one years in federal prison.

In 2012, the Super Bowl will take place in Indianapolis, Indiana.  The city is now getting ready for their turn. The city has looked at what Dallas and its predecessors did and how to gleam from those best practices.  Their preparation has included working to pass legislation that will strengthen their existing human trafficking laws. These include provisions for stricter penalties and others for protections for victims.

So what will you be doing Super Bowl Sunday? If you are watching from the comfort of your home or at a friend’s party, enjoy this unofficial American holiday. If you are attending the event, also partake in this once in a lifetime experience, but also be watchful of anything that seems out of place. Remember that a child might need your help to escape the exploitation of human trafficking and child prostitution. It really will take all of us to put a stop to this dark practice.