The world is shrinking. That’s not shocking news to anyone, I know. Mail used to travel via the Pony Express. Explorers had to take ships across oceans. Communication between two people in distant places was often limited to telegrams.

It’s amazing how far we’ve come in such a short time. In just over a century, “snail mail” is approaching extinction, as e-mail has become such a prominent way to exchange information. People who travel in ships are now usually college kids who want to play poker, drink cocktails, and visit Atlantis. Planes are a much safer and efficient way to travel long distances. Our explorers visit space. And rather than learning Morse code, people call, text, or better yet, Skype their friends who are far away.

The ability to communicate with peers has especially skyrocketed over the past 20 years. With increased prevalence of mobile phones, the birth of high speed internet, and rapid development of social networking, our ability to keep in touch with old friends has skyrocketed.

But has technological growth actually brought us all closer together? Matthew Brashears, a sociologist at Cornell University, recently published a study claiming that although we now have many more acquaintances, we don’t have as many close friends as we used to.

It seems puzzling to me that fewer friendships develop into very close relationships than in the past, given that there are now so many easier ways to keep in touch. But perhaps this is part of the problem. We’re now so reliant on such high speed communication with so many different people at the same time that we avoid making 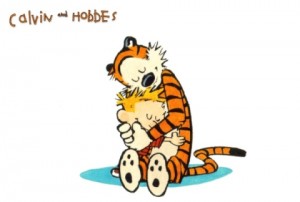 the effort to meet with our friends, talk in person, or call.

Brashears does claim in his study that while Americans do no longer have as many close confidantes as they had in the past, Americans are not necessarily more lonely. Rather, they are just less willing to trust as many people as they did in the past.  But this claim seems strange. If we have allowed our lives to become more and more public by publishing content about it so freely online, why are we so much more guarded around the people who know us best? It is nice to have a lot of friends and contacts, and as Brashears noted, this expanded network can prevent people from becoming lonely. But nonetheless, it is often critical for people to have close friends. Often, these friends are the only people that someone can talk to about a death, an insecurity, or a passion. Without these deep connections, it may become difficult for people to conquer their grief, face their fears, or maximize their potential. Thus, people need to make sure that convenient social networking and communication do not get in the way of close friendships.

The development of technology allowing faster-speed communication has certainly had huge benefits, and I definitely do not advocate eliminating them from our lives. We should use Facebook and Twitter to keep up with old friends, and use LinkedIn to network with potential colleagues. I certainly plan to after I graduate from college. But it’s important for us not to take friendships for granted and to make the effort to develop stronger relationships with our closest friends.