Art has power. Those who are moved by it can be motivated to do great things. “We Shall Overcome” served as an anthem for protestors during the Civil Rights Movement. Books have convinced children to pursue education. The photograph of “Tank Man” on Tiananmen Square has taught many, many people just how much one defiant person can accomplish.

But it is certainly refreshing when we do see artists who use their power to help others. I stumbled upon such an artist recently. Ben Haggerty, better known by his stage name 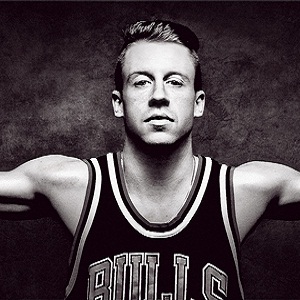 Macklemore, is a hip hop artist who uses his art to warn listeners of the dangers of substance abuse.

I was not originally drawn to Macklemore because of his music; rather, I just think his music is really good. But after a few listens to “Otherside,” I realized that Macklemore isn’t you typical artist. He uses his past mistakes to help others avoid them. In the song, Macklemore admits that he struggled with drug addiction – mainly with OxyContin. But rather than glorifying this period in his life, he gave reasons for others not to undertake this lifestyle. He discusses how we often view ourselves as invincible and reminds us of the sobering reality that people often die from drug abuse. Even if abusers avoid sudden death, Macklemore warns his listeners that drugs users sometimes lose inspiration and “sell [their] dreams and [their] potential to escape through that buzz,” that drugs can leave them “broke, depressed, and emotionally vacant,” and that addiction can make good people do bad things.

These are messages we need from our mainstream artists. But, as Macklemore sadly admits, “us as rappers underestimate the power and the effects that we have on these kids,” are “trapped in a box to climb record sales” and “follow the formula violence, drugs, and sex sells.” But this begs the question, why is this the formula to success? I often hear complaints that the commercialization of hip hop has killed it. I don’t think this is fair or true. Many artists (such as Macklemore) exist and want to set a positive example. But as they struggle to maintain a large following, other artists who glorify violence and drug use are routinely at the top of the charts.

While I don’t think it is right to censor artists, regardless of message, I think it is time for the media, parents, and hip hop fans to promote artists such as Macklemore. If we all do so, perhaps we can change the formula for mainstream success.