There are parts of the world, where children don’t worry about how to tell their parents they received a bad grade or convince them to let them go out on a Friday night.  That carefree life is a far reality from the grim existence that many live in throughout the world.  There is a generation of children who haven’t had the luck to attend school or have loving parents.  These young people are instead being used in the frontlines of combat and turf wars at some of the most violent hotspots in the world.

Child soldiers and teen assassins are the foot soldiers of organized crime networks, militant groups and rebel factions who violently try to impose their agenda through bloody means.  According to The Advocates for Human Rights, in over twenty countries across the globe, 200,000 to 300,000 children play active roles in warfare; half of them in Africa.

So what is a child soldier?  Who are these children?

UNICEF defines this term as “any person under age 18 who is part of any kind of regular or irregular armed force or group in any capacity, including but not limited to 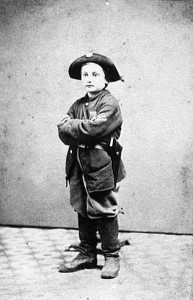 cooks, porters, messengers and those accompanying such groups, other than purely as family members. The definition includes girls recruited for sexual purposes and for forced marriage. It does not, therefore, only refer to a child who is carrying or has carried arms.”

This phenomenon is not new.  It has been recorded that in the Spanish Civil war, as well as World War II, children served as look outs and support for the armed forces. Today, most children used in war are not used by governments, but by non-state actors.  These are non-political groups who hold lots of influence in their community or region.  Some examples are rebel groups and drug cartels.

Many parts of the world see the use of children as integral players in a long standing fight for control.  According to a report published in a British newspaper, in Afghanistan, young men were recruited, from predominantly Islamic religious schools, to serve as soldiers and suicide bombers for militias and the Taliban.  Similarly, in Colombia, an estimated 11,000 children are involved in the war between left-wing guerrillas, right-wing paramilitaries and the government. Violence, and poverty are too common, making children vulnerable to the insurgency in the area.

So what are the consequences of this phenomenon? Sociologists and anthropologists can look at the political, socio-cultural, and economic costs and implications of each individual who has lost years of education, was separated from the family nucleus, or lost their life in these conflicts.  Looking at the individual; however, we see the cost is even greater.

In some countries in Africa and Asia, former child soldiers are punished, incarcerated, sentenced to death or executed.  These children were never given the opportunity to have a normal childhood.  At their most vulnerable, they were just pawns in a fight over money and control.

However, this story doesn’t need to end on a sad note.  While the challenges are many and the work is daunting, we can find a silver lining.  Demobilizing projects have made headway in rescuing, and retraining these young people. The United Nations and non-governmental organizations, have partnered to offer a culturally-sensitive and holistic approach to reintegration.  Also, for the first time in its history, the United States has addressed the plight of child soldiers, as currently defined.

In the reauthorization of the Trafficking Victims Protection Act (TVPA) of 2008, the U.S government created the Child Soldiers Prevention Act of 2008.  This Act defines child soldiers, condemns the practice of the use of children in combat, supports international laws, and prohibits the government from providing assistance to governments who support this practice.  This last part is important because the U.S has previously imposed sanctions on non-humanitarian aid to countries who have not complied with the provisions under the TVPA.  The TVPA will be once again be reauthorized in 2011.  It is our duty to these children to voice our recommendations to strengthen the law and provide additional protections for child soldiers around the world.