I recently watched Neil Burger’s movie Limitless. It started by depicting the main character Eddie Morra as an intelligent writer who struggled in finding inspiration to finish his novel and could not find an appropriate balance between his work and his relationship. This depressing beginning reminded me that so many people, for various reasons, squander their natural ability. But luck turned around for Morra early in the movie. He ran into an old friend who gave him the fictional drug NZT. NZT was a drug that gave Morra better access to old and vague memories and increased his ability to learn.

With NZT, Morra was ‘limitless.’ He finished his book, rekindled his relationship with his lost love, and learned several languages. He decided he wanted to get rich, and using his new finely tuned analytical skills, was able to make millions of dollars by recognizing patterns in the stock market.

Of course, the drug had its disadvantages. Morra faced adverse side effects such as blackouts, heart palpitations, and withdrawal. He also had a limited supply of the drug, and when he ran out of it, the withdrawals had the potential to be crippling. Finally, because there was a limited supply of NZT, others who had tried it before but no longer had access to it followed Morra around and tried to take it from him forcibly.

In spite of the drawbacks of NZT, as I watched the movie, I wondered what the world would be like if we had the ability to effectively make ourselves smarter and more productive. Would it be good for humanity, or would it end up causing too many 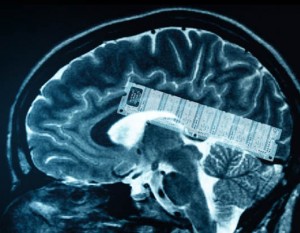 It turns out that scientists are actually working on something similar to NZT. While they haven’t developed a drug, engineers at the University of South Carolina have built a prosthetic chip that “enhances and expands memory abilities.”

While this device has not been tested yet on humans, it has been successfully used on rats. According to lead researcher Dr. Theodore Berger, rats’ memories can improve at the flip of a switch:

Flip the switch on, and the rats remember. Flip it off, and the rats forget […] These integrated experimental modeling studies show for the first time that with sufficient information about the neural coding of memories, a neural prosthesis capable of real-time identification and manipulation of the encoding process can restore and even enhance cognitive mnemonic processes.

The implications of these findings could be huge. Imagine how much more productive we could be with Berger’s chip. According to most economic models, total production (GDP) is a function of capital, labor, and technology. With more capable workers, our labor would be of higher quality, and our ability to innovate would grow exponentially. With such a quickly growing economy, we could see quality of life skyrocket as we did during the agricultural and industrial revolutions.

Beyond just economic growth, we could do something perhaps even more important – maximize human potential. Imagine smarter Shakespeares, smarter Mozarts, smarter CEO’s and smarter inventers. We could produce better music, art, policies, and academic findings. Shouldn’t improving ourselves and improving the world be a goal we strive for collectively?

However, as Neil Burger’s movie warns us, we have to be careful if we allow a product that improves our capacity to learn to be commercial. First, this good must be improved such that it doesn’t have noticeable adverse effects. As the current device has only been tested on rats, we clearly have a long way to go before humans can use it. More importantly, it is crucial that everyone has access to it. Inequality is a huge problem around the world. I envision this invention fighting inequality, not increasing it. If only some people are given access to the technology, they will continue to widen the gap between those with wealth and power and people on the other end of the spectrum. However, if everyone has access to it, we’re all on an even playing field and can improve the world together. What do you think?