In a few of my prior posts, I have discussed people who were unable to overcome mental illnesses such as depression or drug addiction. In today’s post, I’d like to share a more optimistic story. I will tell you about Dr. Marsha Linehan, an inspirational woman who overcame borderline personality disorder (BPD) and eventually developed an innovative system of therapy to help other supersuicidal, BPD patients.

At 17, Marsha Linehan was a patient at the Institute of Living. She “attacked herself habitually, burning her wrists with cigarettes, slashing her arms, her legs, her midsection, using any sharp object she could get her hands on.” Linehan, considered to be a threat to herself, was placed in a seclusion room, where she had no weapons to inflict bodily harm. Determined to kill herself and escape life, Linehan repeatedly beat her head against the wall and floor. Needless to say, Linehan went through a very difficult time, and few people believed she would survive outside the confines of the hospital.

But the skeptics were wrong. More than just avoiding committing suicide over the 48 years since being discharged from the hospital, Linehan has been wildly successful. She has received a doctorate in psychology, worked with patients at suicide clinics, become a professor at the University of Washington, and performed valuable academic 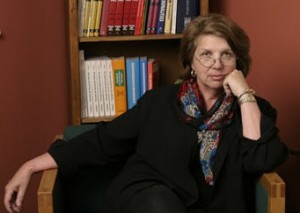 research. Her research yielded the development of Dialetical Behavior Therapy (DBT) – a type of psychotherapy that effectively treats BPD patients. Perhaps even more impressive than her long list of career accomplishments, she has transformed from someone who used to bang her head against the wall to cause herself pain to someone who considers herself to be “a very happy person now.”

Up until recently, Linehan was just another talented and accomplished clinician, professor, and researcher. Her patients, students, and colleagues were unaware of her dark past. Worried that critics would use her life story to try to debase the integrity of her research, Linehan kept quiet about her past for decades. But as results from her research about DBT became more conclusive and indisputable, she gained the confidence to reveal her past. Just over a month ago, she went back to the Institute of Living where she was first hospitalized and told her story to the public.

The reason that Linehan decided to reveal her past to the public is very indicative as to why it is so valuable for successful people with mental illnesses to come forward. According to Benedict Carey’s article about Linehan in the New York Times, a suicidal patient asked Linehan whether she had also been chronically suicidal at some point in her past. The patient declared that if Linehan had gone through a similar phase in her life, the patient would find hope, as he/she could then use Linehan as an example of someone who persevered and prevailed through terrible times.

As Carey discussed in her article, resources needed to overcome mental illness include medication, therapy, and, most importantly, “inner strength to manage one’s demons, if not banish them.” This inner strength can be hard to come by, especially if someone is under the hopeless impression that things will never get better. Many people who successfully manage their mental illnesses are often silent about their stories, whereas tragic stories about people who were unable to overcome mental illness are often well publicized. How can people with mental illnesses find the strength to fight if they are unaware of people who managed to beat the illness and live successful lives?

One of the main principles of Linehan’s DBT is that people must accept their life and their emotions if they want to be able to change them. How can we expect people to maintain this degree of self-honesty if they think the truth is damning? After all, people don’t want to believe that their attempts at recovery will definitely be futile. As such, they may end up denying that they have any problems. And Linehan’s research suggests that this lack of acceptance can be a big impediment to people changing their lives for the better.

People with borderline personality disorder need hope and acceptance to prevail over their illness. If you have managed or beaten an illness, you may have the power to help some of them. I understand that some of you might not be ready to talk about your experiences. Such a decision should only be made if you are confident that talking about your past won’t be harmful to you. However, to those of you who are ready to talk, I encourage you to follow in Dr. Linehan’s footsteps. Come forward and prove that being chronically suicidal is beatable. You might serve as a source of courage and beacon of hope that people need to properly accept and fight their illness.