Ending the vicious cycle of prostitution and sex trafficking is no easy task.  For years, the focus has been on criminalizing the “suppliers” of sex, most of whom are women and children that have been lured into ‘the life,’ or ‘the game,’ by exploiters who control and manipulate them.  With radical feminist and religious activists raising awareness about the victimization of those enslaved by pimps and traffickers, and used for sexual gratification by johns (buyers of sex), the focus of law enforcement and partnering agencies has shifted from punishing the supply side to the demand side of the business.  One controversial initiative that has been progressively popping up in several national and international communities is that of the “john school.”

A “john school” is an educational, diversion-type program for male buyers of sex in which they are taught about the risks and harms associated with prostitution and sex 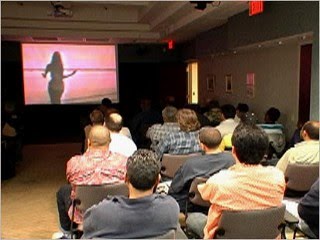 trafficking.  Generally, first-time offenders are given the option to attend one day of john school and pay a fine, or face prosecution and public shame.  As you can imagine, many choose the former.  While each john school operates differently, there are some basic premises.  Johns often hear harsh testimony from prostitutes and former victims about their histories of abuse and lack of desire to participate in sex acts with customers out of free will.  They learn how they negatively affect the women they buy.  Johns learn of the health implications associated with prostitution and how this can affect family and community, as well as the legal consequences of buying sex.  The goals of these programs are to make johns realize that prostitution is not a victimless crime, understand the detrimental implications, and deter further involvement.

Do john schools effectively curb the demand side of prostitution and sex trafficking?  Well, studies have found contradictory results.  Findings from a study on the first U.S.-established john school in San Francisco, the First Offender Prostitution Program (FOPP), indicate that it is overall a stellar program that is reproducible, cost-effective, and reduces recidivism of offenders.  Yet the same study, as well as others, offers some criticisms.  Perhaps one of my biggest criticisms of the program is that it is too focused on the effects of prostitution and does not get to the core of what drives men to purchase sex in the first place.  What are the reasons men buy sex?  How can these conditions be channeled into more positive behaviors?  What are more positive behaviors to satisfy the conditions?

None of these are discussed, which leads me to my next criticism—there is little to no interaction in the classroom.  The usual method of teaching consists of presenters standing in front of the room spewing information.  A more effective approach would most likely be multi-modal—presenting, handouts, Q&A, group discussions, open forum to discuss issues related to personal involvement in buying sex, and so forth.  Furthermore, there is no evaluation measure set in place to test whether offenders understood and retained the information presented.  There should be something set in place to make the classroom experience more effective, particularly if it is only for one day.

My third criticism is that the john school is only for one day—offenders are set free afterwards with no further repercussions.  I do not know of any sustainable programs that can be implemented in one day and receive incredible results.  I would suggest adding follow-up, individual sessions for a specified period of time in order to increase effectiveness.  Offenders could have the opportunity to ask questions, seek further information, share experiences (that may even be helpful to law enforcement), and receive a consequence that will be considered more serious than just attending one day of class.

Further research and evaluative measures need to be carried out in the future.  I suggest that research not only be conducted on the recidivism of offenders as a result of john schools, but how it may be linked to reducing the actual problem of prostitution and sex trafficking in their communities overall.  Is the reduction in offender recidivism actually reducing the overall problem?  Offenders who participated in john school did not self-report lower levels of the likelihood to engage in future prostitution solicitation.  Therefore, is john school effective in eliminating the demand side?  Furthermore, it has been found that men arrested for prostitution solicitation have low rates of recidivism overall, despite whether or not they have attended john school.  So is the lack of offender recidivism actually due to john schools or because johns are being more cautious in their prostitution involvement? What do you think?