Yesterday was an anxiously awaited day for all of those who are in the fight to end modern day slavery.  Secretary of State, Hillary Clinton, formally announced the release of the highly anticipated Trafficking in Persons (TIP) 2011 report.  The annual report consists of victim narratives, governmental responsibilities, progress made, and recommendations for improvement.  Additionally, it outlines a tier rating system that ranks 184 countries based on their commitment to anti-trafficking policy and initiatives.  Among the 184 countries being ranked is the United States itself.  You can be sure that pioneers of the anti-trafficking movement have already gone through the report with a fine comb, assessing the pros and cons.

The Alliance to End Slavery & Trafficking (ATEST) is a partnership made up of some of the top anti-trafficking and anti-slavery organizations in the U.S.  The cooperating 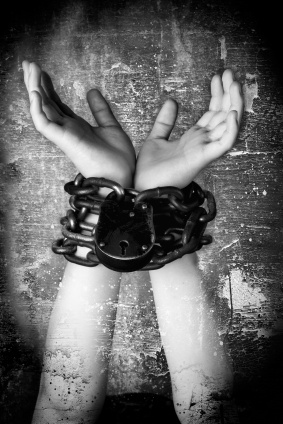 human rights organizations include the Coalition to Abolish Slavery and Trafficking (CAST), ECPAT-USA, Free the Slaves, Humanity United, Not for Sale Campaign, Polaris Project, Safe Horizon, Solidarity Center, Vital Voices, Verité, the Coalition of Immokalee Workers (CIW), International Justice Mission, World Vision, and Julia Ormond, a former U.N. Goodwill Ambassador.  ATEST got together to critique the TIP 2011 report and offer valuable insight into what is and is not working.

The first major criticism is the lack of adherence to policy regarding sanctions for countries that do not make anti-trafficking progress within an allotted timeframe.  The tier rating system that has been developed by the U.S. includes four levels: Tier 1 (highest); Tier 2; Tier 2 Watch List; Tier 3 (lowest).  ATEST suggests that several countries were not provided sanctions for their continued lack of progress in meeting anti-trafficking standards—Uzbekistan, China, Russia, and India.  While I agree that sanctions do not appear to be applied as outlined, the tier rating system in itself is flawed.  I think one of the problems with the system in general may be the fact that the U.S. uses one set of standards to judge all countries—one that is conducive and effective in the U.S., but may not be feasible in other parts of the world.  Should every country be putting forth efforts to end modern day slavery—YES!  Is it possible for all countries to successfully implement the same exact policies and procedures to do so—maybe, but probably not.

Secondly, I am a bit concerned that the tier rating system may somewhat be based upon politics—who is friends or allies with who.  Have the countries (Uzbekistan, China, Russia, India) that were supposed to be demoted to Tier 3 remained at Tier 2 because they are making effort or because the U.S. does not want to sanction them (or us) with non-trade agreements and so forth?  Reevaluating motives is necessary in making worldwide progress.

Finally, the U.S. ranked itself in the Tier 1 category—yet reduced anti-trafficking funding in the upcoming year by 17%.  Furthermore, while the U.S. is making great progress, there are written standards that have not yet been achieved.  One such standard is treating victims as victims and not as criminals.  Across the country, trafficking victims are detained and arrested as if they are crooked and corrupt.  Better efforts need to be made to ensure victims are protected and traffickers are the ones prosecuted.  The U.S. is supposed to be a role model, a pioneer in the anti-trafficking movement, yet is not doing all it can to protect victims, prosecute traffickers, and prevent future slavery.  We have taken so many steps forward, why go backwards now?