In 2008, a video of Saudi women’s rights activist Wajeha al-Huweidar driving sent ripples through the internet community. The video was actually done as a protest of 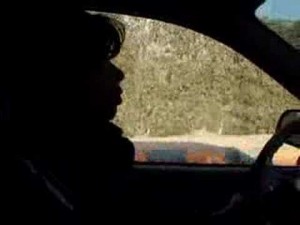 the Saudi Arabian ban on women driving. She was later arrested during a separate protest when she attempted to cross into Bahrain without the express permission of her legal guardian.

Women’s rights, or lack thereof, in Saudi Arabia are so infamous that there is an entire Wikipedia page devoted to them. Commonly referred to as Gender Apartheid, the international community is critical of Saudi Arabia’s status as a signatory to the Convention on the Elimination of all Forms of Discrimination against Women (CEDAW).

The “My Guardian Knows What’s Best for Me” (no link available because no website is available) campaign rose up as an express opposition to al-Huweidar, and is designed to refute the idea that men and women are equal, and stop the liberalization and Westernization of Saudi laws and customs. Examined extensively in an article from the New York Times last year, this division in women’s organizing in Saudi Arabia goes unseen by most of the international community because of the strict censorship.

Conservative women’s organizations have historically sprung from inherently feminist movements. In the 1970’s and 1980’s movement in the US to ratify an Equal Rights Amendment (ERA), starting in the 70’s and gaining momentum in the 80’s, a strong counter movement composed of conservative women and led in large part by Phyllis Schlafly successfully blocked the passage of the ERA. Many of the reasons they gave were fear based.

Mrs. Schlafly and the organizations she represented had a very strict understanding of what it means to be a woman. Women stay at home, look after their husbands and raise children. The women who worked against the ERA participated in behavior exactly opposite of what they were espousing. The counter-reform women’s organizations in Saudi Arabia are behaving very similarly. They have a very traditional and conservative definition of women, and are acting to preserve that. However, as with the counter ERA movement, by participating in politics at all, they are acting outside of their construction of what it means to be a woman.

What’s important to note here is the power of these counter reform organizations. There exists very little serious scholarly research into these organizations, but it cannot be denied that they were responsible for the failure of the ERA in the United States, and could very well pose a serious threat to women’s rights movements in Saudi Arabia, too. It is easy for liberals to dismiss them as silly, paradoxical and poorly organized, but the fact remains that women arguing against women’s rights is a very powerful thing.

In order to achieve equality, conservative women’s organizations cannot be underestimated, and the first step has to be recognizing them as groups of women with concerns that must be addressed, and not ignored. If you’re interested at all in the research that has been done on conservative women’s organizations in the US, I highly recommend Ronnee Schreiber’s Righting Feminism.