Imagine you have chest pains, you are light headed, you are nauseous and you have aches in all of your joints. In the Emergency Room, a doctor comes out to evaluate you, and then informs you that no less than four doctors will be operating on you for your illness. Each one has staked a claim to your various ailments, which none of the other doctors are allowed to treat.

This example can be easily adapted to what is called the “siloing” of human rights issues in the United Nations. There is a turf war that is sparked whenever one of the 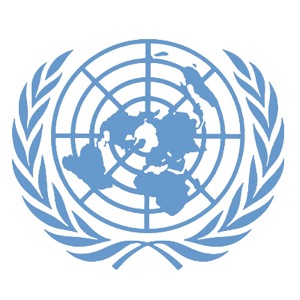 This causes some problems when it comes to implementing a domestic program. How can an organization talk about women‘s rights without talking about a woman‘s right to health? How can you talk about health without talking about infant mortality rates? The United Nations has piloted a program called “Delivering As One” in select countries which creates an on-the-ground coordinating body designed to facilitate and oversee communication between all of the UN’s programs in order to create more comprehensive, long lasting solutions. The programs all work out of the same office, with the same leader, and towards the same end goal, instead of having multiple, autonomous groups trying to fix the same problems in different ways and at the same time.

The United Nations Development Group (UNDG), the UN body behind the Delivering As One program, has put a strong emphasis on the national ownership of the program. Instead of copy/paste programs forced on a country by the international community, the onus is instead on the local level to decide what needs to be implemented and where. For example, UNDG’s informational booklet gives the example of Rwanda, where the focus has been on children’s education, the WFP helps feed the children to keep them healthy for school, UNICEF trains the teachers, and UNESCO organizes programs specifically aimed at girls to keep them in school.

It is heartening to see that the human rights system in the UN is starting to care more about effective implementation than the international equivalent of street cred. This program, once it is fully operational, will really help to eliminate a lot of the patchwork, symptoms-only treatment human rights issues receive at the grassroots level. Going back to the Emergency Room example above, instead of having four doctors claim your heart, head, stomach and limbs, you will have four professionals who understand that all of the symptoms you are experiencing are probably all related to some specific problem, and who will work together to eliminate that problem at its source.