Our Arrogance is Partly to Blame 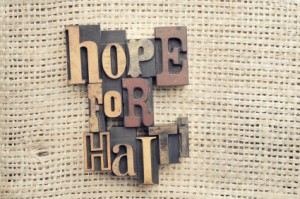 It would seem that to address social problems around the globe requires celebrities and western donor nations. When the earthquake hit Haiti in January of 2010, it appeared as though nothing would happen unless you donated to a big American charity. For of course, Haitians would be unable to do anything without us. In the view of the media coverage and awareness campaigns, without your dollars and support the entire Haitian nation would crumble.

Yes, the need was great and it was assisted by an influx of money from powerful nations but on the ground digging through the rubble were Haitian neighbors and organizations trying to save the people they know and love. NGOs that have been in Haiti for years, struggling to meet incredible needs with minimal resources, were still there, trying to take on the incredible burden. Many never received your dollars. Though they probably know more about the people, the culture and how to bring about change within the country, they would need to go through ten levels of bureaucracy to access your funds. Instead individuals that have never worked a day in Haiti were running around trying to device on the spot plans in the middle of chaos.

I don’t blame anyone for wanting to help and I also don’t (entirely) blame anyone for not knowing a better way to support the effort. Instead, I think there are two issues that require a little bit of focus one year later. The first is our media’s obsession with what Saundra Schimmelpfennig of Good Intents.org calls “Whites in Shining Armor”. It is as though we won’t trust that good is happening unless we see a white face or hear an American or European accent. The media coverage shows what international individuals are doing to help others but hardly shows what local people are doing to help themselves. Her organization, Charity Rater is working to inform donors, so that it is easier for donors to choose the best organization in an emergency instead of the organization that draws the most attention via media or due to their influx of money.

But there are two things that need to happen, in addition to informing donors, to make real change happen. We have to stop thinking that only WE can save the world. International organizations need to do more to partner with local and on-the-ground organizations instead of only higher-level global efforts. The people who are still in Haiti today, or similar countries faced with social problems, are going to be responsible for sustainable impacts rather than band-aid approaches. Working in partnership with them will assure that more work gets done and that change stays beyond the immediate intervention. 6 Billion Dollars were donated towards efforts in Haiti but though change is happening there is still a ton of work to be done. Better alignment with local efforts in future may help us to see better outcomes. Today as you remember what happened in Haiti, if you choose to donate, spend time searching for organizations that have made real impact and have a real need for resources. It may not be easy to find but contact your Haitian Consulate and other organizations that have a long history in Haiti to see where your money will be most effective.

Most importantly, we need to stop “othering” with our savior mentality. In the post on Whites in Shining Armor, Schimmelpfennig mentions her sisters surprise that there were local charitable organizations in developing nations. Often when we give or do work internationally, we do it with an unintentional arrogance, that we know what’s best or that our strategies will bring about greater change. We start schools in other countries to address poor education, when a school down the block from us is failing to prepare its students. We try to address issues of child soldiers when gangs and bullies take lives of young people every day on American streets. We donate for international food programs and walk past the soup kitchens and homeless individuals on our own street corners. We support international efforts to give individuals access to medicine but fight against any efforts in this country to provide guaranteed prescription coverage to every citizen. I am not saying that efforts of assistance are not needed internationally and that this type of work (what Nicholas Kristof of the New York Times labeled a D.I.Y. Foreign Aid Revolution) is not honorable and good. I would be wrong to say that the issues we face here, are in anyway comparable to some of the massive social problems faced by other nations. I am instead saying, that we need to think how we would feel, if rather than asking how we would like to address the social issues in this country, someone set up an organization and constantly showed pictures and talked about how horrible your community was on their media. How if the only image of American life was homelessness, drug use and failing schools. How it would feel to hear that it takes a highly educated do-gooder from outside our borders or a celebrity with a passionate following, to change issues that we continue to battle on a daily basis. How without the help of international workers you would surely never make it? They are “saving” you.

And how would you feel if you ran a local non-profit or were providing care to people during a natural disaster, and your efforts went unnoticed and unfunded. If the only individuals that had access to the financial resources to do the work you were doing on a daily basis, were wasting it on band-aid ideas and photo ops.

It is that arrogance that leads to a lack of sustainable change and partnership and the continuation of Whites in Shining Armor. Rather than always thinking we have the solution and creating another new organization to address the needs abroad, why not work hand in hand to empower individuals to address and improve their circumstances. Why not ask U.S. organizations doing international work, that you volunteer with or donate with, to prove how they empower and work with the local communities and local people. We would want nothing less for ourselves and should give nothing less to others.