Having shadowed a good number of doctors in my past I’ve had the opportunity of being familiar with a lot of the difficulties they face with patients. One such difficulty is trying to get parents to vaccinate themselves and their children. There have been several occasions in which a doctor has expressed to me his or her frustration in having 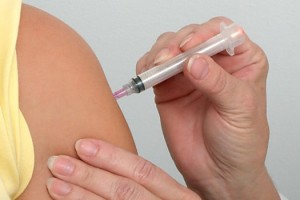 to continually explain to patients the advantages of being vaccinated. Despite the well-documented health benefits of receiving vaccinations, the use of vaccines has been seen to have declined over time. Some claim that vaccines do not work and lead to dangerous side effects. Critics also say that mandating vaccinations violates individual liberty and religious principles. What many don’t realize is that by not getting vaccinated they are putting more at risk than they think.

Vaccines are the only natural way to protect someone from a disease. Through vaccinations the immune system recognizes pathogens and develops a suitable response before a person is affected with the real disease. And isn’t prevention better than a cure? Rather than a person being treated after diagnoses, a vaccinated person will be immune to the pathogen and will (usually) never develop the disease. They will not have to experience the suffering and and sometimes crippling effects of the illness. Vaccine-preventable diseases, like smallpox which is now eradicated, were once a major cause of illness, death and disability throughout human history. The modern vaccine era showed that when people get vaccinated mortality rates decrease dramatically and birth rate is higher. Even now, healthcare professionals contend that vaccinations are necessary in preventing debilitating illnesses and that vaccinations are instrumental in eliminating such diseases.

Furthermore, being vaccinated has also proven to be more economical by protecting from the negative monetary effects of disease. Less money is set for social and health transfers; the government does not need to prepare for an outbreak which would require large amounts of money to subside and eradicate it.  And look at it this way, those who are vaccinated will be healthy enough to do their jobs, increasing the productivity rates which is beneficial to the economy overall, as well.

There have been many accusations stating that vaccines lead to dangerous side effects such as negative symptoms, paralysis, diabetes and autism. The difference between vaccines and other medical interventions is that they are given to healthy people. Healthy people are generally less willing to accept and tolerate the negative effects of the vaccination. For example, when you get the flu shot you may feel like you have flu-like symptoms for the next few days. But trust me, it’s probably nothing compared to what the real flu would feel like. As accusations of supposed detrimental effects come up, the faith in treatment dwindles and it becomes challenging for health authorities to preserve public support of the vaccine initiative. Though there is scientific evidence that in some rare cases vaccines can cause dangerous health defects, current evidence does not fully support these claims. 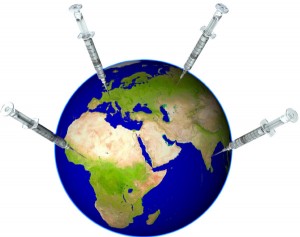 Moreover, vaccines have come a long way as time has passed. In the end, I guess this argument comes down to whether the risks of supposed adverse side effects outweigh the benefits of preventing the effects of a harmful disease.

Getting vaccinated can be seen as a social contract in which people are taking action to protect themselves and their community. Vaccines are important for the greater good in that they prevent those who are ineligible for vaccination such as young babies, cancer patients, and people with immune deficiencies, from contracting diseases — giving us herd immunity. What is herd immunity you may ask? Herd immunity occurs when a significant portion of a population is vaccinated, thus providing a measure of protection for individuals who have not developed immunity. This makes it difficult for a disease to spread because there are so few people susceptible to the infection. Herd immunity is necessary to effectively stop the spread of disease in a community because it protect vulnerable people such as children and those who have weak immune systems. If vaccination rates fall, herd immunity is lost and leads to an increase in cases.

The way I see it, people almost have a social responsibility to get vaccinated (if they can). A responsibility to their children, their community and in a sense, the world.  Those who opt out of the recommended immunizations should inform their healthcare providers, schools and community so that they may be aware. These people are essentially rolling a dice and putting more than themselves at risk.