In late January disaster struck Mozambique. The Limpopo River which arcs across 4 countries burst its banks. Around 140 000 people woke up to severe flooding, and in an instant they had lost everything. The death toll currently stands at 105, with 250 000 people directly affected. UNICEF Mozambique estimates that $30 million is still needed for food and medical supplies.

Hasn’t this happened before? 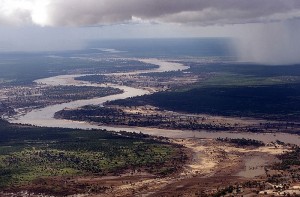 Yes, and all too often. That particular region of Africa is considered the most disaster prone. Many Mozambicans have said that the last six years have been their hardest. In the year 2000, the numbers affected were much larger, and so was the cost of disaster relief efforts. We all know from climate change experts that the situation will only get worse globally. That surely means that, the situation in Mozambique will worsen. I am sure you will agree that these Band-Aid solutions, as admirable as they are, are not suitable. Mozambique and its people need more.

What is the permanent solution to the flooding?

I believe that there is a permanent solution that will solve the problem, instead of merely dealing with the consequences of the flooding. This solution is hydroelectric power. 90% of Mozambique’s power comes from hydroelectric systems. By building more hydroelectric dams, access water can be controlled while still ensuring suitable water levels for farmers.

What about the costs? Yes, it will be expensive. The expense though pales in comparison to the loss of life, the thousands of homes destroyed, the millions in Aid money needed for relief and the cost of managing the relief efforts in the aftermath.

If these dams were build with high capacity outputs, this solution would pay for itself. If the output is at 150% of Mozambique’s electricity requirements, the access could easily be sold to Mozambique’s neighbor South Africa, as one example, which has an increasing power supply problem and has bought power from Mozambique in the past.

Can this be done given that Mozambique is an under-developed country?

Mozambique is certainly under-developed. The UN refers to Mozambique as Africa’s great paradox, because of Mozambique’s economic growth between 1994 and 2006, which was at the rate of 8%. That rate is outstanding by any nation’s standards, more so by “Third World” standards. Despite this growth, Mozambique remains largely under-developed. 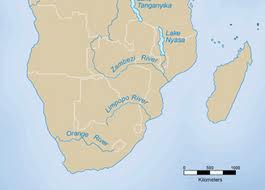 I would argue that the fact that Mozambique is under-developed is precisely the reason why this project will work. This is because Mozambique offers the cheapest electricity in Africa, and it has an open door policy to foreign investors, who are afforded the same treatment as local investors. These two facts will attract more investors, which it already has with the building of a large Aluminium smelter. By building these hydroelectric dams, Mozambique will be in a position to compound this effect. No more flooding and a growing economy. Certainly sounds like a great position to be in.

Should Mozambique do this alone?

No, I don’t think so. Mozambique is part of the SADC. Most of the heavy rainfall that brings floods takes place in South Africa, Botswana and Zimbabwe. Surely, being part of a free trade area means, supporting members in ensuring disasters are being averted. Wouldn’t this co-operation benefit all of the free trade area members?

I would certainly think so, and find it bizarre that the other members of the SADC have not engaged with Mozambique on a permanent solution as yet. All the while, the people of Mozambique continue to suffer. UNICEF has, just this week, announced that there is only enough clean water for half of the people affected, and only enough food and medical supplies for 2/3rds of those affected. This is not good at all. As you read this, the British Red Cross are sending medical teams to assess and prevent outbreaks of diseases like Cholera and Malaria. The situation remains dire. It is about time to end this kind of disaster permanently. Don’t you think?