Did you know that at least one billion people are expected to die from tobacco use in the 21st century? We all know the horrible consequences of using any type of tobacco. Tobacco can increase a person’s risk for various types of cancer, respiratory diseases, and cardiovascular diseases. Despite all the risks, tobacco is not focused on as much as other global health issues such as HIV/AIDS, malaria, and maternal mortality. The rates of tobacco use are rising in developing countries compared to developed countries. Fortunately enough, all these deaths can be prevented through effective tobacco control programs and policy. In fact, there are many tobacco control policies in place around the world. However, one or more of these policies do not apply to almost eighty-three percent of the world’s population. In addition, there is at least one tobacco related death every six seconds and every year more than six million people die from tobacco use worldwide.

As a result of restrictions in many developed countries for tobacco use and marketing, many tobacco companies have now moved their focus on developing countries as a new and emerging market. Many developing countries do not have effective laws in place for tobacco, thus tobacco companies have freedom to market and sell their product however they want. Why is this such a problem? Tobacco companies can use marketing techniques to lure children and teenagers easily. As a result, these children and adolescents become lifelong consumers as adults for these tobacco companies. World Health Organization, and international aid agencies should push for countries to develop their own tobacco control policy to combat marketing and use. Countries should be aware of all the resources available throughout the agencies. For example, the World Health Organization has a program called the Tobacco Free initiative. This program provides governments with a framework to create their own tobacco control policies. 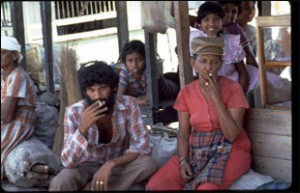 Here in the United States, we can probably remember learning about the consequences of smoking in our health education classes in elementary school. We learned about the breathing problems associated with smoking or how smokeless tobacco can cause mouth cancer. Luckily in the US, all public schools introduce the topic and spread awareness about tobacco use from the beginning of a child’s educational career. According to the Center of Disease Control, it has been shown that school health programs have shown to reduce the prevalence of health risk behaviors among children and adolescents In many developing countries, many schools may not incorporate health education programs based on tobacco.

In a survey done by the Lancet, it was found that more girls are starting to smoke early and often at the same age as boys in developing countries. If children are exposed to the consequences of tobacco use, they may not use tobacco. Many health education programs in developing countries focus on sanitation, oral health, or nutrition. There should be more advocacy to implement tobacco education programs in schools. 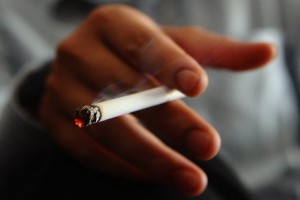 Children and adolescents are not the only group of people that should be educated about the future long term effects of tobacco use. Many adults may not realize or even know about the adverse effects of tobacco. Two-fifths of men use tobacco on a daily basis in developing countries and more women are picking up the habit as well. Similar to health education programs in schools, there should be a program that targets adults. In addition, the program would have tobacco cessation program with many resources. The developing countries are known to have the lowest quitting rates. A concrete tobacco cessation program with educational tools may convince adults to stop using tobacco or to never start the habit.

Tobacco may not seem like a huge issue now compared to other global health issues. However, more and more people living in developing nations are now picking up the bad habit. In 2030, it is expected that the number of tobacco related deaths will increase to eight million if the current trends of use continue. Why not save those two million lives from something so preventable such as tobacco?