FACT: Abstinence-Only Education Does Not Give All The Facts

The CDC recently released new data indicating that the United States’ persistently high rates of sexually transmitted infections and unintended pregnancies are incurring billion of dollars in medical costs. This has been an ongoing issue that is hitting young adults the hardest. Health officials explain that, although these high costs are preventable, Americans are not taking enough steps to safeguard their sexual health. Conservative hysteria often relates things such as STD vaccines and contraception to sexual promiscuity. This attitude has contributed to the 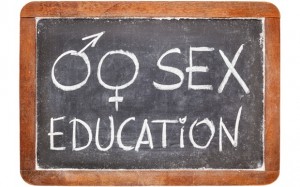 Currently, sexual education standards vary widely across the nation. Only 12 states mandate that sexual health curricula must be medically accurate. This means youth all over are receiving false information about how STDs are transmitted, the right way to prevent them and the effectiveness of contraception. Misinformation about birth control can lead to higher rates of unintended pregnancies and is also a serious consequence of abstinence-only education programs. Sex education initiatives that lack comprehensive sexuality information prevent young adults from properly educating themselves about their reproductive health and their options. Abstinence education curricula often lack basic facts about contraception, pregnancy, sexual assault, and barriers against STDs. It’s no surprise, then, that states that push abstinence-only education programs in their public schools have the highest rates of teen pregnancies. This is because the taken approach fails to account for the fact that 70 percent of teenagers are sexually active by the age of 19, and a health class that pushes “NO SEX” is not going to dissuade them otherwise. Schools implementing these programs are not having honest conversations with students about sexuality because they do not trust teens enough to teach them facts about their bodies. The fact is, however, that adolescents who actually receive instruction about prevention methods are 60 percent less likely get someone pregnant or get pregnant themselves.

Rep. Barbara Lee (D-CA), Sen. Frank Lautenberg (D-NJ), and 32 other Democratic politicians reintroduced the “Real Education for Healthy Youth Act” last week in an effort to “expand comprehensive sex education programs in schools and ensure that federal funds are spent on effective, age-appropriate, medically accurate programs.” An effective legislation should do several things: recognize young people’s right to reproductive health information; prepare them to make informed, responsible decisions; include grants for comprehensive sex education programs in institutions of higher education; require all funded programs to be inclusive of lesbian, gay, bisexual, transgender and heterosexual youth whether they are sexually active or not; and provide resources for teacher training for effective education.

Of the developed world, the U.S. has some of the worst sexual health outcomes. To blame young people for their poor decisions is wrong when we aren’t teaching them how to make the right ones. Abstinence-only education does not work. It prevents an honest conversation about reproductive health and keeps young people from getting the facts. People need all the information they can get to make smart and informed decisions in real life situations. Comprehensive sex education has the potential to reduce unintended pregnancies, prevent STDs and save lives.