Have you noticed any news recently about America’s prison system? Maybe you haven’t, but I have. And what I’ve seen is incredibly contradictory. On one hand you have politicians touting the reforms they’ve made by raising the minimum juvenile age or increasing the number of prison alternatives. But on the other, we see massive overcrowding in prisons and record numbers of people being sent there due to extreme or unfair sentencing laws. There’s a huge disconnect here and I think it’s something that we need to address. Quickly. If we want to 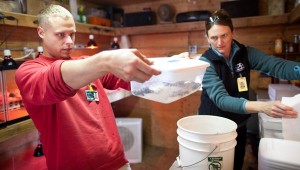 successfully reform our system.If you look at particular states, you’d probably think we were successfully reforming our prisons. Even TEXAS, the state most famous for it’s large prison population and pro-prison stances, has demonstrated an effort to reform. In fact, the state is reporting a reduction in prison population for the first time in decades. This is largely due to their rehabilitation programs they’ve recently implemented. They have begun sentencing people to alternative programs rather than just a prison sentence when possible. I think this is a great plan and positive step for the Texas prison system. Similar programs have been implemented in Washington state too. These focus on rehabilitating prisoners and reducing recidivism rates, although mostly in traditional prisons. In both cases, the state government on taking the initiative to try to reform a broken system. And I think they should be applauded.

However, these success stories are not present everywhere. And in fact, some states are moving in the opposite direction, due to policies like the three strikes law and extreme sentencing. In California, under the three strikes law people can get massive prison sentences for something as small as stealing a bike if they have a record. So hundreds, if not thousands of people, end up in prisons for years for minor infractions. Yes, some of them have more violent records and perhaps need longer sentences, but a majority of people sentenced under this law do not. In other cases, you see children getting prison sentences for missing school or writing on sidewalks. Yes, 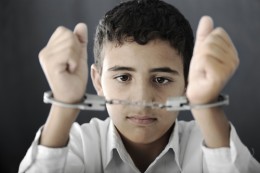 writing on sidewalks. Again, this is an extreme case. But examples of this still exist and I find that disturbing. Why are we creating newer, harsher laws to send more people to prison when there are so many alternatives?

How can we have these two things happening at the same time? Things are not simply evolving differently in different states, they are going in opposite directions. We have some laws sending an increasing number of people to prison and at the same time we have a push to find alternatives. Clearly, there’s a disconnect in what we think the purpose of imprisonment should be. This is something I’ve written about before, but I don’t think I understood the potential ramifications of this disconnect when I wrote about it previously. I still believe rehabilitation should be a central feature of our prison reforms. But these reforms can’t even begin to happen until we have agreement on a vision and process for reform. And as you can see, that simply does not exist right now.

Unfortunately, this is a fairly difficult problem for the average person to solve. We don’t make legislation or coordinate reform efforts. But that doesn’t mean there’s nothing we can do. In fact, people in California are voting today on a ballot initiative to reform the three strikes law. They did this through a community effort, so obviously it’s possible for us to fight back. We can form grassroots campaigns to support rehabilitation centers. We can write letters to local and state leaders supporting reform. And I’m sure there’s more we can do. I’d love to hear other recommendations. Many people in prison don’t have a voice, we need to speak for them.