Immigration has been a hot button issue throughout the Southern United States for years now. With an undocumented population of approximately 11.5 million, state and federal governments have proposed a multitude of ideas on how best to manage the situation. The most extreme responses have come from 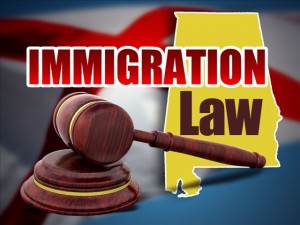 Arizona and Alabama with the Support our Law Enforcement and Safe Neighborhoods Act and the Hammon-Beason Alabama Taxpayer and Citizen Protection Act. The authors of these acts hope to punish and remove all undocumented residents from our society through whatever means necessary. However, these newest measures go too far because they infringe on citizens’ rights in the process.

Alabama had the broadest and harshest legislation regarding undocumented immigrants even before adding the addendums last Friday. The original law restricted the benefits undocumented residents could get from the state and allowed police to question and demand proof of people’s legal residence if they had “reasonable suspicion” to do so during a legal stop or detention and detain them if they do not have the necessary paperwork. This provides a lot of leeway for police, meaning almost anyone could be asked to prove their citizenship at some time or another. The new law retains all these same provisions but now includes laws that increase the state’s ability to locate, criminalize, and remove undocumented immigrants. Businesses will now faces harsher fines if they are found to employ undocumented individuals placing the responsibility of finding undocumented immigrants on regular citizens and not the government. School officials will be required to ask students about their legal status when they register for classes, while still mandating that the school keep records of students they think might be in the country undocumented. A person’s legal status should not be challenged on a daily basis and furthermore, people, even if they are of questionable status, should not be kept on list and monitored by the government based on suspicion alone. An individual should have a reasonable expectation of privacy in such circumstances and the state should not have the ability to single them out in this manner.

The point of the new Alabama law is to make life so difficult for undocumented immigrants that they “deport themselves”. The law certainly makes life more difficult for those without proper documentation, but it negatively affects other citizens as well. Is it fair for a citizen or new immigrant to have to demonstrate proof 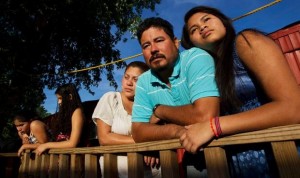 of the citizenship on a regular basis? Can you imagine having to do that when you or your child register for school, when you are stopped for a traffic violation, or when you are accused of a crime? What if someone in your family ended up on a list of people of questionable citizenship because they lost their birth certificate or if you faced heavy fines because you unintentionally hired someone who was here without the proper visas or other documentation? These are the things that many citizens must now face as a result of this Alabama law. It does not seem right that people should have their rights removed in this way, so that the state can more easily locate those residents who lack documentation. The rights of citizens, immigrants included, should be protected at all costs. They should not have to give up their right to privacy and protection, so that the state can pursue a particular mission. The goal of removing all undocumented individuals from Alabama should not and does not supercede the right of all Americans to go about their daily lives with their constitutional rights intact.

The US government obviously cannot ignore an undocumented population as large as the one that currently resides in America, but there are better ways to manage the problem. Rather than spend resources hunting these people down, the government should create pathways toward legal citizenship through legislation such as the DREAM Act, which would provide provisional citizenship if an undocumented immigrant meets certain requirements, proving they are positive, contributing members of society. Providing a pathway to legal citizenship would protect immigrants with documentation from discrimination and help positively reduce the large undocumented population at the same time.