What type of higher education is best for you?

I have written countless articles that revolve around the topic of college, and the significance of a college education.  As a college student myself, I am a firm believer that education is an important tool that will benefit young people in the future.  However, the worldwide economic recession and high youth unemployment rate has brought something to my attention.  There are hundreds of young people who are looking for a way to get quick money without having to deal with going to school for four years and amassing a large debt.  It is daunting to think about going to school for so long, and facing the prospect of not immediately landing a job once graduating. Nevertheless, education should not be put on the back-burner, and it is important to look at the options and opportunities we have with this instrument in hand.

According to the Bureau of Labor Statistics, from 1992 to 2009 the number of college educated workers has gone from 27 million to 44 million.  This number is not exclusive to people who have received a four-year bachelor degree.  The bureau also included individuals who have attained an associate’s degree as well as those who have gone to a technical college.  Furthermore, in 2010 the bureau released statistics that compared 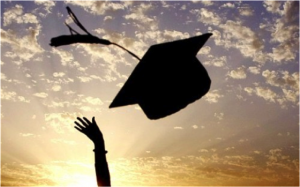 the median weekly earnings of young people 25 and older.  As the amount of education increased, the weekly earnings and employment increased exponentially.  For example, an individual with a doctorate had a higher salary than someone with only a bachelor’s degree, and were in an education bracket with a rather low unemployment rate.

Lately, thousands of young people are finding that they have reached a crossroad.  Should they pursue higher education during a recession, and risk not landing a job right out of school?  Should they skip the usual four-year bachelor’s degree track, and get right into the work force?  These questions come up quite often, but the fact is that by 2018 there will be a 63 percent increase of jobs that will require some kind of college degree.  The statistic does not state that a bachelor’s degree is required, but it does make it clear that an associate’s or technical college education will be needed in the future.  There are a plethora of job opportunities and career choices for young people who do not want to go down the usual path of attaining a bachelor’s degree.

The important thing for young people to keep in mind is the fact that higher education is not limited to only a bachelor’s degree.  There are community colleges, technical schools, associate’s degrees, and a myriad of post-high school degrees to look into.  Also, as daunting and frightening the recession may be, it is important to look into the future with an open-mind and optimistic outlook.  Georgetown University recently outlined that numerous job openings in sectors such as healthcare, leisure, and government will be created by 2018.  Though 2018 may seem far away at the moment, this is the time for young people to develop their skills, and figure out what type of higher education they would like to pursue.  If you think you would like to attend a technical school that focuses on a specific job type, then that is the career path you should follow.  Education is not a one-way street with a narrow road leading to only one option.  There are options to look into and explore, and there are financial resources available for those who come from a lower-income backgrounds.  Higher education, in all its forms, is a powerful tool that can help empower and strengthen young people, and there is nothing more special than knowing you have the skills to forge your way in the world.