April 2010: Deepwater Horizon Oil Spill. During three months, oil flows unabated. This is the largest accidental marine oil spill in the history of oil extraction. The explosion kills 11 men. The spill caused extensive environmental damage to marine and wildlife habitats, as well as economic damage to the fishing and tourism industries.

March 2011: Nuclear disaster of Fukushima Daiichi. It is the largest nuclear disaster since Chernorbyl in 1986. As a consequence: population migrations, land pollution, released radiation.The levels of radiation are high enough that the government bans the sale of food grown in the area. “Forbidden zones” were declared, probably to stay there for decades.

The accidents had disastrous and irreversible consequences. They created important environmental and social costs, such as pollution, migrations, and loss of economic activity. However, the political reaction that emerged from each of these events were very different.

After Fukushima, nuclear energy has become a focus point of many international discussions as well as of domestic politics. In Japan, only one reactor out of 54 is currently working. As a consequence of the nuclear 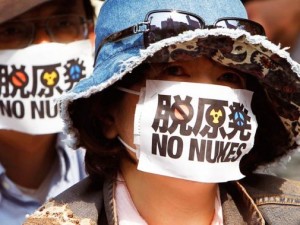 energy shut down, the country has been forced to increase its imports of gas an oil, along with restricting general supply overall: households and private companies are constantly asked to significantly reduce their energy consumption. In post-Fukushima Europe, Germany has permanently shut down five of its reactors and declared that it would eliminate nuclear energy by 2022. Italians have voted to keep their country non-nuclear. Whether these policies are fully implemented or not, the sole fact that they are been suggested shows that nuclear energy is being questioned and re-examined, the Fukushima disaster seemed to be a sort of “tipping point” that would allow us to re-evaluate its benefits vs. its costs.

However, since the Oil Spill, there has been no sustainable, credible policy to move beyond fossil fuel production. Of course, in the months following up the event Obama created a moratorium for deep-water drilling. But the moratorium stopped (it ended early, October 2011) and now deep water drilling is becoming a standard 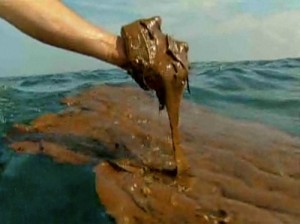 again. Event though the risks associated with deep water drilling have been proven and experienced, fossil fuels from deep water remains as an important sources of energy as it was before the oil spill. Additionally, there didn’t seem to be an international reaction to the oil spill; politicians treated it as a national event and that was to remain in national politics. No matter what, fossil fuels as a source of energy was never doubted, nor did politicians demonstrate an interest in a serious discussion regarding the sustainability of fossil fuels.

I think Germany’s reaction towards nuclear energy was somehow exaggerated, given the circumstance of the accident. Japan is situated under two tectonic plates; the nuclear disaster was the consequence of an earthquake. If nuclear reactors are placed in low seismic zones, the risks related to nuclear power can be significantly reduced. Nuclear energy can be a solution: France’s most important source of energy is nuclear, and every citizen lives at leas 75km away from a reactor. The industry is highly regulated and supervised, and thus it has not experienced any accident.

It could also be said that the reactions to the oil spill were not ambitious enough . The moratorium, because of its shortness, seems to have resulted from political pressures (activists groups, electorate) rather than serious political commitments. Indeed, deep drilling in the Gulf has resumed. While there was no serious movement against fossil fuels (such as eliminating oil subsidies for example), there was a serious movement against nuclear.

Why didn’t two environmental and social disasters of similar scale lead to similar political reactions? From the political and economical point of view, it makes sense not to restrict fossil fuel production. It is cheap (or highly subsidized), more abundant, and the infrastructure is already there. Nuclear, on the contrary, requires high initial investments and thus it needs to be supported by the government (the private sector does not intervene). With tight budgets and an economic slowdown, government would rather see the oil industry continue, than increase their energy expenses. Media also played a major role to determining the outcomes. Fukushima created panic, Deepwater Horizon created empathy. Panic and fear is a more efficient driver of policy change.

However, from the environmental and social point of view, it is not logical to restrict nuclear while allowing fossil fuels to continue. Producing any type of energy (either nuclear, solar, wind, geothermal, or from oil) involves risk. It is just a matter of what dangers you fear the most. Nuclear incurs local risks: if a reactor shuts down, it will contaminate the surrounding area. On the other hand, the consequences of increased carbon emissions are global warming, which are harder to predict and thus control. Compared to global warming, the impacts of nuclear pollution are easily controlled.

Fukushima and the Deepwater Horizon created a political and social framework where we were able to reconsider our energy policies.  However, it did not lead to the best solutions. Nuclear, when regulated, can be a solution to climate change. It is not a panacea to the energy problem, but relative to fossil fuels, its threats are far less dangerous. We cannot support nuclear unless we stop supporting fossil fuels.