This week, I got back from a month long trip working and traveling through Colombia. Since you are reading this article, clearly I have made it back in one piece, but apparently this was a shock to most of the people I told I would be traveling.

Before leaving, I was subject to all sots of jokes about getting involved in the drug underworld or caught up in a violent hostage shootout. Comments came from 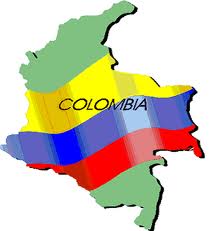 everyone I discussed my trip with, so inevitably I set out on the journey a bit apprehensive.

To backtrack, I was traveling down to Colombia with my school to take a class on consulting. This opportunity afforded a hands-on chance to work with a real project and present tangible information. The experience itself I found rewarding as well as educational, and reminded me of why I relish the chance to travel whenever the opportunity strikes.

Returning to the jokes, I think that these were an unfortunate testament to the way Americans perceive Colombia. By focusing only the drug culture that was prevalent until very recently, and the violence that persists around the FARC (Revolutionary Armed Forces of Colombia) I feel like Americans are not giving the country the credit or recognition it truly deserves. I must admit, that after listening to enough of these comments about my safety, I did some research about how much danger I would potentially be in when traveling.

The FARC are a revolutionary movement who base their beliefs in agrarian, anti-imperialist theories (basically communism). They believe themselves to be the 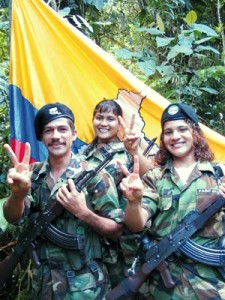 representatives of the lower class and rural poor people and in 1948 sparked “La Violencia” where 300,000 people were killed. Today, they are present in roughly 1/3 of Colombia, predominantly in the south and east. Luckily for me, I was going to Bogota located right in the center of the country.

My research also found that the FARC were predominantly funded by drug trafficking and kidnapping. While drug trafficking did not seem to pose a large or immediate threat to my life, the occurrences of kidnapping foreigners for ransom caught my eye. While this was common in the past, 2008 saw an 88% decrease in numbers of hostages taken. This has been attributed to the slow decline in numbers of the army, as well as harsher penalties for such crimes. Similarly, Colombia has been proactive both domestically and internationally to eradicate the narcotics production and trade coming from their country. While in the past over half of the world’s cocaine supply was produced in Colombia, 2008 showed a 57% decrease in cocaine production.

While these improvements sound steady enough, in 2004 the UN declared that Colombia was in the midst of a humanitarian crisis, caused by this civil war. With over 2 million internally displaced people, Colombia was third after Sudan and the Congo for committing such crimes. This has caused another host of issues surrounding human rights political disenfranchisement.

The previous president Alvaro Uribe who took office in 2002 pledged to work closely with the United States on the eradication of both the FARC and cocaine production. He appeared to have minor successes in each, and the current president Juan Manuel Santos has pledged to maintain these policies into the future.

Politically, this history is a heavy burden for Colombia to bear as the country struggles to develop and join with the rest of the world. This stigma has prevented businesses and tourists alike from coming to Colombia.

From my last month of traveling through the country, I think that this is an unfortunate position for Colombia. I found it to be one of my favorite countries in South America. The people are friendly, the food is amazing, and most importantly I felt safe. While I have traveled extensively and know when to take precaution, I also feel that this has afforded me an opinion to offer in comparison to other places I have been. And yes, while I was predominantly in the developed and more expensive parts of town, we were not totally removed from the poverty or dangers found in big cities. Instead, we met entrepreneurs and politicians who were looking into the future of Colombia, and have returned to bring their country back on to the development trajectory that it has begun.

I was lucky in that I was working for two weeks and then had the chance to travel north to Cartagena and then on to the national park. My friends and I hiked for 4 days through the jungle and slept on hammocks. I cannot think of a more exposed position to place ourselves, but I never once felt unsafe or threatened. In fact, I will continue to talk about my great experience in the country, and I will definitely make plans to go back in the near future.