World Breastfeeding Week was kicked off Monday with the passing of a historical extension of the Affordable Care Act (ACA), announced by the U.S. Department of Health and Human Services (HHS) under the Obama Administration.  The guidelines of this heavily-debated policy expands on last year’s passed reforms in healthcare regarding free-of-charge preventative services such as mammograms and childhood immunizations.  The ACA will ensure that all women have free and accessible preventative health services, effective on or after August 1, 2012 for most.  The ultimate decision to pass these reformatory guidelines came from the recommendations released by the Institute of Medicine who completed a scientifically-based study looking at the gender-specific needs of women when it comes to their physical health. 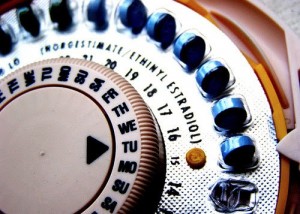 As a result, the following full range of services will be offered to all women at no cost:

In my own personal opinion, I am thrilled with these future changes in women’s healthcare services.  However, I cannot speak for everyone and respect the thoughts and concerns of all.  For this reason, I would like to discuss some of the pros and cons, as well as challenge both as fuel for thought.  I do realize that nothing is 100% perfect, especially when it comes to policy.

Evidence-based studies, like the one conducted by the Institute of Medicine, offer valuable insight into the real issues women face when it comes to their health.  In the past and even today, laws and policies around the world have often been drawn up and implemented coming primarily from a male perspective.  This can and has been damaging to women, particularly when it comes to policies affecting them directly.  For example, we see violations of the reproductive rights of women in many African countries—most recently and explicitly in the Horn of Africa where a famine has been declared.  With 3.7 million people going hungry and 12 million people in need of immediate aid, the United Nations Population Fund’s (UNPF) Executive Director Babatunde Osotimehin made a specific link between the lack of reproductive rights and family planning options in the region and the current crisis.  Research studies have confirmed similar findings, such as this one here.  Closer to home, the HHS confirms in their press release that prior to the study informing their decision to grant free access to women for preventative healthcare that “preventive services for women had been recommended one-by-one or as part of guidelines targeted at men as well.”  There was never a formal measure before that specifically targeted the unique preventative service needs of women throughout their lifespans and guiding legislation to accommodate those needs.

By addressing the specific needs of women and allowing for no-charge preventative services, I would argue that it is not only beneficial to women, but men and the community at large as well.  A 2009 study found that half of all women did not seek preventative services immediately or at all because of cost.  In a study conducted after free mammograms were implemented as part of healthcare reform, 9% more women sought testing.  By catching physical problems early through preventative services, long-term costs are proposed to decrease and overall health to increase.  Further, women that are at high-risk for medical problems but are the least likely to seek care due to cost—such as those from low-income neighborhoods—will have access to comprehensive healthcare that will directly assist them in getting the healthcare they need and give them the opportunity to work together with their partners/spouses in family planning options.  It will assist in preventing unwanted pregnancies—that creates great stress for families and society—and in promoting healthy and necessary care for wanted, planned pregnancies.  By preventing unwanted pregnancies, it is probable that a decrease in abortions will occur.  Teen pregnancies will hopefully decrease.  I do, however, wonder if teens will administer birth control correctly in order for it to be effective as reports have indicated a lack of adherence to directions—I guess this is dependent on better sex education and counseling during health visits.  Further, the financial cost to society is likely to diminish.  Yet, I have to say that the economic benefits are hard to gauge—it costs money to produce birth control pills and patients will no longer have to pay, so who will pick up the cost and how much will we actually be saving?  Only the future can tell.

The new guidelines, specifically in regards to free birth control, have caught a lot of heat from religious leaders.  For instance, in the Catholic religion it is sinful to use contraception.  Additionally, abortion is a no-no as they believe life starts at conception.  Therefore, birth control is immoral and can be considered a form of abortion.  These factors must be acknowledged and respected, regardless of opinion.  It appears that the government is taking religious beliefs into account as they are giving religious organizations the option to opt in or not.  If they choose not to, then they may buy and sponsor group health insurance without covering contraception.  Further, they invite the religious sector to offer their opinions on how to improve or modify the legislation to accommodate their needs.  This is important because it is respecting those who follow religious convictions, as well as the general public who favors free contraception.

Another aspect of the policy that may be looked at as negative is the proposed increase in insurance premiums and/or deductibles, or the fear of agencies dropping health coverage altogether.  With subsidized costs of expensive preventative services, someone has to bear the burden and it is likely to be the workforce that contains individuals who do and do not use birth control.  A spokeswoman from BlueCross BlueShield stated that while the specific financial impact is not yet known, more people are likely to benefit over the long-term when copayments are eliminated, but may not be apparent in the short-term when premiums rise.  In regards to worry over being dropped from insurance coverage by employers, it is very unlikely.  However, it is likely that it will put continued financial strains on companies—something that needs to be addressed.  A study found that only 2% and 6% of the 894 employers interviewed were “very likely” or “likely” to drop coverage when the complete healthcare reform is implemented, respectively.  However, the findings did note that there is consistent annual growth in health insurance enrollment as the reforms come into play, creating budget concerns.

Weighing the pros and cons, I am convinced that free women’s preventative services will be positive over the long-term.  With the economic crisis we have been facing over the past several years, I definitely see where concern and fear comes from, particularly regarding the short-term financial burden the general workforce is likely to bear.  However, I believe the reform will make for a stronger, healthier and more stable society in the future.  I want these services not only for myself, but for my friends, family and community who seek them.  To me, denying access to preventative services is like denying basic human rights.  What are your thoughts regarding the reform and its possible impacts?