A couple of years ago, celebrities like Bono and highly respected individuals like Nelson Mandela brought our attention to the importance of debt relief and what such relief might mean to developing countries. Ironically, at the same time, many countries began to understand the importance of having a secondary market for debt especially when dealing with sovereign borrowing and lending. This development led to many new investors, one of which was nicknamed the vulture fund, and the controversy for debt relief versus vulture funds began.

So what is a vulture fund?

Well, I believe the definition usually depends on 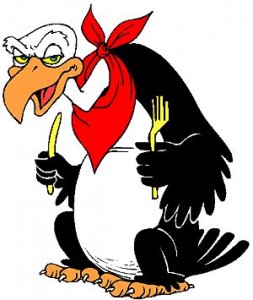 whose perspective you chose to define the fund. From the point of view of many developing countries, a vulture fund in the sovereign context, is really a private equity or hedge fund that invests in debt issued to a country that is considered to be very weak or with a high risk profile. The analogy between these funds and the vulture is drawn because they wait to pounce on the “remains” of debtor countries predominantly in Latin America and Africa. It certainly does not create a pretty picture because a typical “vulture fund versus debtor country case” involves a developing country selling bonds on which it eventually defaults and a vulture fund, purchasing the debt from the lender at a discount price. The overall intent is to sue the debtor for full recovery. Such cases are typically filed in Western courts because of the belief that those courts are more creditor friendly.

From the perspective of the funds themselves, a vulture fund is simply a type of highly profitable financial investment, in which a fund buys risky sovereign debt cheaply and then sues to enforce it. Purely a business transaction and totally legal!

What most people find offensive about these funds is that while international organizations like the World Bank and IMF negotiate reduction in sovereign debt, these funds, by purchasing those debts at a discount and suing debtor countries, indirectly force these countries into situations were they have to divert money saved from debt relief, that would otherwise have been earmarked for poverty reduction, education and health, to paying these cheaply acquired debts.

Classic examples are countries like the Democratic Republic of Congo (DRC) and Zambia which are often categorized as “Highly Indebted Poor Countries” (HIPC). In the Zambian case, the country was sued by Michael Francis Sheehan’s company, Donegal International, in 2007. Donegal had bought $15 million worth of debt for a mere $3 million from Romania. The company then sued Zambia in a British court for the full amount, which at the time of the suit had accumulated to $42 million. The lawsuit triggered grave concerns worldwide. For example, Martin Kalunga-Banda, noted that the amount sued for was equal to all the debt relief Zambia received the year before and that if Donegal had been able to enforce the full amount, the impact would have been severe. It was estimated at that time, that about a hundred thousand people would have lost medical services and that services involving teachers, nurses, and other infrastructural projects would have been cut. Donegal later won the court case against Zambia but the court limited its recovery from Zambia to pay $15 million.

Although vulture funds remain legal in most jurisdictions, the UK Government took a bold step on March 28, 2011. It passed a law prohibiting vulture funds from being able to make massive profits from HIPC countries in British courts, following a major campaign coordinated by the Jubilee Debt Campaign. This law is the first of its kind anywhere in the world and has already saved Liberia $40 million.

It is going to be very interesting to see how other countries respond to this prohibition and what subsequent decisions might mean for developing countries that owe debts purchased by vulture funds. Ironically, we may not have to wait too long because the Chinese Government has presently been called upon to approve a U.S. investment fund’s lawsuit (FG Hemisphere Associates LLC) in Hong Kong against the DRC.