The Health Risks of Climate Change

Climate change is always a controversial topic. People and politicians continue to debate the existence of this phenomenon and the effects it might having on our planet. It always seems like something distant and abstract. Most scientist however are pretty certain that climate change is happening, and recently expressing more and more concern about its health effects. Whether it’s allergies, asthma or infectious disease, it is pretty clear that global warming poses potential risks to human health. 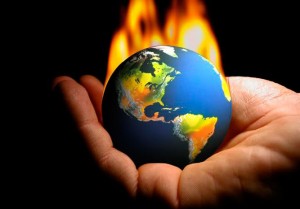 Have you ever wondered how some disease have been coming back up out of nowhere? Take West Nile virus, for example, who made a surprise appearance last summer. A disease thought to be close to eradication was suddenly popping up all over the U.S. Epidemiologists came to find that the reason for its comeback was warmer winters and wetter springs. And what causes warmer winters and wetter springs? Ding, Ding! Climate change! But it doesn’t stop there, health officials expect the number of people contracting infectious diseases to continue to rise with global temperatures. Diseases that are spread in mosquito-borne, algal or fungal forms are more likely to breed and multiply because of the warmer climates. Hot and humid climates provide the ideal habitat for these species and they are found mainly in regions that host these temperatures.

There have also been reports of rises in Valley fever, causing headaches, neck aches, respiratory problems and can be lethal. However, this is caused by the humidity, it’s cause by the dry weather that cause fungus spores to be lifted of the ground during droughts. Even diseases that have not been seen in the U.S. for years have been finding their way back. 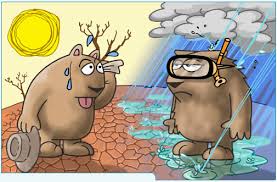 It also has an impact on our food supply. For example, the warming of oceans affects aquatic wildlife. Warmer waters and dying coral reefs can cause dangerous algal blooms and infect fish which people then consume. Droughts and floods, which are also byproducts of climate change have messed with our agricultural systems. They essentially decimate entire harvest. And furthermore, whole higher CO2 levels boost plant growth, it also reduces the protein concentration, thus making them less healthy.

In the end, all angles on climate change eventually affect human health. But some changes have more immediate impacts on people, whether it’s heat stroke or malnutrition or malaria. The CDC and other public health agencies have warned populations about the dangers of global warming but not enough is being done to prepare for these consequences.

In 2009, the WHO devised a new workplan in order to address climate change and health:

1) Advocacy: Like I said, climate change and global warming may see abstract and out of our control but with more knowledge we may be able to become more involved. Publicizing the risks of climate change would convey the urgency to more people.

2) Partnerships: Coordinating with partner agencies within the UN system (and even local governments) would ensure that health is properly represented in the climate agenda.

3) Science and evidence: We need more proof. With this we would be able to coordinate reviews of the scientific evidence on the links between climate change and health, and develop a global research agenda.

I know the repercussions of climate change seem distant, things like melting glaciers and polar bears hardly take priority in our day-to-day lives. But it’s clear that it has some very serious health consequences. So even if you don’t necessarily care about the planet, think about your health and the health of future generations because once we’ve gone too far, there is no coming back.