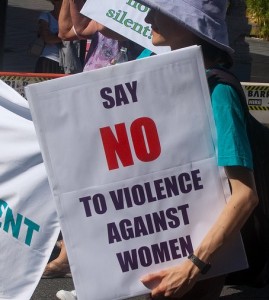 Let me first start of by clarifying that yes, violence against women is about women and in that sense makes it a “women’s issue,” but in terms of the what the true problem is, it is anything but. If you missed my last post about the effects of intimate partner violence on women’s health, give it a read; you might be surprised by some of the statistics and consequences. It was in writing this post that I started to notice a fundamental misclassification of the problem. As I was adding tags to my post, something I do for all my blogs so that it can be found easily, I caught myself confidently clicking the “Women” tag. By doing this, my post would be “filed” within in the vast internet under the assumption that my post only pertains to women, thereby making it impertinent to anyone who is not a woman.

Often times when we hear things about sexual harassment, sexual violence, domestic abuse, etc we think of them as “women’s issues.” In fact, even “gender issues” are often subconsciously thought of as “women’s issues.” You’ll often find only women speaking about and against sexual  or domestic violence. There have been movements that teach women to be careful, notice the warning signs, and empower them to speak out or fight back. And these are all good and well; I think all girls and women should know how to protect themselves. However, I think we might be going about this problem the wrong way. Think about it, how is educating women about abuse going to stop it? It’s possible they may be a more able to avoid the situation or get away, but the violence itself will continue.

Victim blaming is still prevalent in our society. When a woman is harassed, attacked or abused we usually ask things like, “Why did she go out alone?” “Was she dressed inappropriately?” “Why didn’t she just leave him?” All these questions imply that women are doing something wrong. We should really be asking questions like “Why did he hit her?” “Why do men abuse women” “How can we stop them?”

Somewhere along the way it seems we’ve dropped men from the equation. When men and boys hear “women’s issues,” they don’t really pay attention. As if it has nothing to do with them, when in reality it has almost everything to do with them. Don’t get me wrong, I’m not saying all men are violent, dangerous or bad. I’m merely pointing out that we should be taking a closer look at who is actually committing the violence and trying to figure out ways to stop it. I also acknowledge that it isn’t always women who are abused, it’s girls, boys and sometimes even men. But I think that just reinforces my point that it’s not just about women.

Growing up, boys are taught to be dominating. They are encouraged to be leaders, to be strong and tough. There is a collective socialization that teaches them that they are superior and women are inferior. This is what can lead to the objectification of women which then leads to abuse. Even some good men function on this foundation. Sure, they may not be the one’s being violent or abusive but their silence serves as a form of consent and compliance. I hear jokes about women, rape and abuse all the time; guys I know would never harm anyone, saying inappropriate things. When these issues are made light of, attitudes are perpetuated.

Women have been fighting this fight for ages. And, while they have done great work and made tremendous progress, it may not be enough to stop the violence. What we need to do is involve men in this fight as well. There is no use in making abuse a women’s or men’s issue because in the end it affects the whole of society– it’s everyone’s issue. We need educate boys and men that abuse is unacceptable. We have to teach them that rape, domestic violence, and putting women down is not funny and will not be tolerated. Furthermore we need to teach both sexes about abuse and encourage them to speak up. We need to create the social pressure that will create this social change.

That all said, I won’t be adding a “women” tag to this post.