I miss home so desperately, every time I cannot download songs or movies free of charge in America.

Infringements on intellectual property rights in China are so common that even no one perceives them as illegal. Of course, as a law student, I know what the law is. But I still enjoyed our “privilege” carelessly, because I also knew the consequence of this illegal act – nothing.

It is truly the People’s Republic of Copying. Almost every imaginable Western product has its copycats in China, toys, movies, cartoons, clothes, buildings, cars, fast food, Apple stores, or even an entire Austrian town. Chinese people do not only copy everything, but also skillfully show their talents and creativity in plagiarizing. Take Adidas 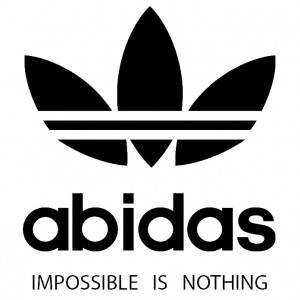 for example, according to my 20-year observation, there are dozens of “siblings” of Adidas in China, including Abidas, Adibas, Adadis and so on. Among these creative copycats, HiPhone is a star, as bright as iPhone. When people were anxiously waiting for the release of the latest version of iPhone, HiPhone 5 had already caused a sensation in the online stores, with four colors to choose. HiPhone is basically an iPhone except for one aspect: the logo of HiPhone is a perfect apple, without any bites.

Historically, Chinese people are proud of their Four Great Inventions,compass, gunpowder, papermaking, printing, that immensely accelerated the developmental process of the civilization of all humankind. Why is China copying everything now?

Essentially, it is the underdevelopment of designing and manufacturing that gives rise to this phenomenon. Although China is the factory of the world, its core competency still remains in the low end of the production chain by virtue of a cheap labor force and sound infrastructure. Designing and marketing, the most profitable sectors in the production chain, are still China’s weakest links. What is more, an unsound legal system of intellectual property rights creates loopholes for copying. Although China has officially been admitted into the WTO, it fails to protect and enforce copyrights on a wide range of goods, which is incompatible with its WTO obligations.

It is worth noting that the knockoff phenomenon is especially popular in the rural areas and among immigrant workers. One of the byproducts of continuously rapid economic growth is the huge inequity between the East and the West, between the rural areas and the urban areas, and between different social classes. As far as the underprivileged class is concerned, purchasing knockoffs is the only affordable way to catch up with the trend and 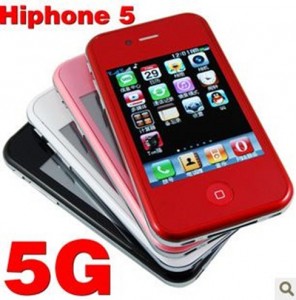 enjoy the modern life. By spending $60 dollars for a HiPhone, immigrant workers are able to listen to pop music anywhere at will. They no longer need to line up for a public telephone booth, but can call their families in the rural area at any time just by picking up their own cell phones. Undeniably, counterfeits meet the enormous consumer demands of impoverished communities  the poor and can greatly lift up their living standard of living.

Unsurprisingly, copying is almost necessary and inevitable in China at this certain stage of development. Because copying and creating are tightly connected, copying can be a driving force for ill as well as good.

Tencent, the third largest Internet company in the world just behind Google and Amazon, is the best example in case. The Chinese netizens joke that Tencent is copying all the time and has never been surpassed by others in this talent. Once a popular novelty emerges on the Internet, Tencent has never failed to copy it in an extremely short time and then successfully grab the market. However, the true secret of its huge success is not merely copying, but its strong ability to integrate all kinds of new products. Tencent created a comprehensive online community where you can play games, watch movies, listen to songs, surf the Internet, go online shopping, write blogs and chat with friends just under one account. Even though Tencent has no originality in any single product, this all-in-one online kingdom is its greatest invention that is powerful enough to strike down any competitors.

Tencent is not the only case. More and more Chinese companies learn to create in the process of copying. As a robust and promising developing country, China has made its mind to convert the tag “made in China” into “innovated in China.” During this transition, copying may not be legitimate, but practically justified by the objective circumstance.

I am definitely not saying that piracy is allowable, otherwise I should have been kicked out of law school a long time ago. Nowadays, China is facing increasing pressure from international society in terms of intellectual property right protection. To be a responsible great-power, China should do its uttermost to construct a copyright legal system consistent with the universal standard. Meanwhile, the government ought to make every effort to encourage an innovative spirit in the society and financially support the research and development of corporations.

After all, there is no shortcut in the road of development. China has to grow up and finally depend completely on itself, instead of copying others.