On Monday night, June 3, 2013, an American tourist was raped by three men in Manali, India. Yet another incident in a long string of recent rapes shown in the news and media. The woman was returning from a nearby village to her resort hotel when a truck driver offered her a ride. He and two other men then proceeded to take the woman to an isolated area and rape her. The woman reported the attack to the police, was examined at a community health center, and returned to her resort guesthouse the next afternoon. Since then, the victim has identified her attackers, picking them out of a lineup after an extensive police lockdown. And while Indian authorities managed to catch the attackers this time, the recent events of the country’s latest rape cases continue to raise concerns. 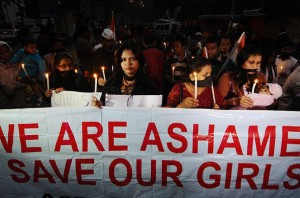 Since the brutal gang-rape of the young woman in New Delhi last December, the issue of sexual violence has been at the forefront of Indian headlines. The week and months to follow were filled with massive protests and riots. This outcry was only further fuel

ed by two separate instances of gang rape of five-year-old girls in April. We’re now in June, why are we still hearing about these violent crimes?

The sad thing is that if we’re discomforted by hearing about the number of rapes that are reported by the media, think about all the occurrences of rape and incidents of violence that aren’t even reported to the police, much less the rest of the world. A report from the Working Group on Human Rights in India and the UN in January found that at least two women are raped in the country every hour. These high profile cases we see on the news are just a glimpse into a very serious problem of India’s rape culture. But what I find even more disconcerting than the rape culture, is the problem of cultural stigma that leads to the severe under-reporting of violence against women. Because it’s not just about rape; it’s the high rates of everyday domestic violence, the targeting of women of lower caste groups, and social pressure that is placed on the female population to stay indoors and just keep their mouths shut. 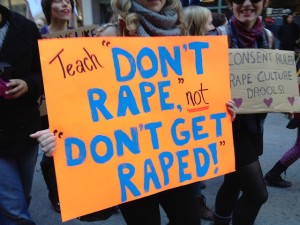 The current culture in India has allowed for an environment in which authority figures often blame victims for endangering themselves. And if people of authority, such as law enforcement officials who are supposed to help women, feel this way, it’s no wonder women don’t feel safe to leave their home.

“Their embrace of autonomy and mobility risks putting them in conflict with a law-enforcement establishment and media that still view women through a pre-feminist lens: “good girls” who stay at home should not be raped, while “bad girls” who stake a claim to public space are fair game.’” — Naomi Wolfe, social critic.

The government has addressed the issue through legislation which has increased penalties for rapists and expanded definitions of sexual violence and harassment but it doesn’t seem to be making much of a difference. And how can we expect it to? Giving harsher penalties to those who have already committed rape may dissuade a few future ones, but it’s not going to help if the rapes aren’t reported in the first place. Activist continue to push for stronger enforcement, police training, and even further legal action.

Rashida Manjoo, the UN’s Special Rapporteur on violence against women told reporters that India has missed a “golden moment” to effectively tackle the underlying causes that reinforce rape culture. She says, “…the approach adopted, fails to address the structural and root causes of and consequences of violence against women.” And I completely agree. For example, in May, the city council of Mumbai sought to tackle rape by passing an ordinance banning scantily dressed mannequins in shop windows, proposing that rapists are “provoked by mannequins” and that “mannequins do not suit Indian culture.” This will hardly solve anything, and is only a testament to how the issue is not being addressed properly or effectively.

It’s unfortunate that a country with such a rich culture and promising economy has been tainted by this issue. There are so many great things about India, something I can say from personal experience. And yet it’s rape culture, which is perpetuated by the country’s deeply rooted patriarchy, is what makes headlines around the world. Rapists in India will continue to capitalize on the insecurities of women who won’t report their attacks in fear of being blamed and shamed. There is absolutely no reason a woman should doubt her safety when leaving her home, and there should be no hesitation when she needs to report an act of violence. She should be able to have faith in her law-enforcement authorities and in her society to accept that what happened was in no way her fault. India would do well to take a hard look at how previous culture and values may be influencing and hindering their current attempt to progress.