Imagine there was some kind of disease that killed more than 30,000 people a year. Imagine this disease affected all kinds populations all over the country. Don’t you think if such a disease existed the CDC, NIH and the government would be all over it? What if I told you this “disease” is gun violence? That’s right, more than 30, 000 people die a year as a result of gun violence. This count doesn’t even include the other 70,000 that are shot and injured, but luck enough to survive. That’s about 100,000 reported shootings a year. So why is such little being done about it? 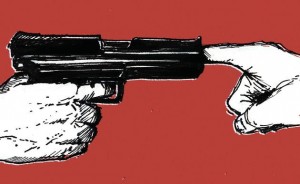 I recently attended a summit in which the gun violence was discussed as a public health problem. And, as a public health student, I found myself agreeing with many of the things that were being said and was able to apply a lot of the concepts from previous coursework. It was argued that while many consider gun violence to be a law enforcement issues concerning individuals rights, health professionals contend that it can be solved through public health methods as it is something that affects everyone.

I don’t think I need to go too much into how big of an issue gun violence is, as in the past year, we’ve heard and felt the effects of it on numerous occasions. The U.S. has the most guns, the weakest gun laws, and the highest rates of gun death. If that’s not an epidemic, then I don’t know what is. It is becoming more and more clear that something needs to be done about this; a new approach is necessary, because honestly, the longer we debate and argue about rights and regulations, the more lives are lost to this completely preventable plague.

That said, the public health approach can be broken down into four main initiatives: science, research, education and then policy. Just making laws and placing bans is not going to solve our problem if we don’t have the proper research and knowledge to back it up and evaluate the effects. Overall, this is a comprehensive method which, like most public health initiatives, will require multi sector collaboration. In terms of science, we need to look into new technologies, for example, safe guns. Some of the injuries and deaths caused by guns are often accidents. Safer guns can help in preventing harm when a gun may fall into the wrong hands. With more science comes more research. However, this research is not limited to technology. It should also include social and psychological research.

You’ll often hear people say “guns don’t kill people, people kill people.” This is partly true. While I still believe that more guns means more violence and decreasing access may curb death rates, I also think we should be looking into why people resort to guns in the first place. We need to address the social and environmental factors and may influence a person. There are areas that are more prone to gun violence, and there are areas that have managed to keep it in check and have even seen rates decline. Unfortunately, it can be difficult to truly pinpoint the causes. With more research we will have a better understanding of gun violence. Education is also key in public health. Campaigns, PSAs, and school curriculum should also be a priority. Reaching out to the public and teaching them about the dangers and repercussions of gun use is the only way of making them understand the gravity and hopefully dissuade them from using them. Take smoking, as an example, with social and political advocacy we were able to see substantial declines in smoking rates. 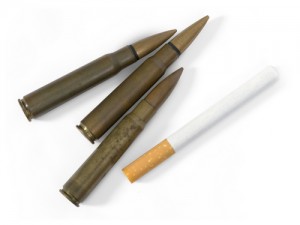 And lastly, policy. With adequate research the government will be able to draft fitting policies. Because research, as mentioned before, is not just a matter of understanding the risk factors and causes, but is to be used to evaluate what works and what doesn’t work and provide policymakers with the information.

Overall, approaching gun violence through public health will help define the problem and then hopefully help solve it. If we really want lives to be saved and injuries to be avoided we need to address the issue in terms of national well-being. And I know there are other types of violence that cause death, completely unrelated to guns. But I firmly believe we can conquer those in a similar fashion, as well. In the end, it’s not a war on guns — it’s really just a war on violence in general. So the next time you get in a heated debate about the Second Amendment, individual rights, personal liberty, think about the people who lost the right to live a happy and healthy life because it was cut short by a gun.