According to a report conducted by the Coalition of the Homeless last month, a record high 50,000 people slept in New York City’s shelters this January. Fifty-thousand people. More people are now homeless in New York City than at any time since the Great Depression. Want to know an even scarier fact? Almost half of the individuals are children. 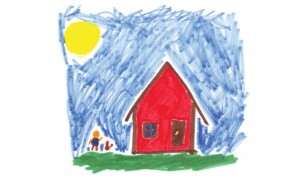 Approximately 1.6 million children in the United States are now homeless, a 33% increase in the last couple years. It’s not just in New York City either. It’s in California, Nevada, Texas, and Florida too. It’s taking place across the entire country. Families with children are forced to live on the streets, in homeless shelters, and in other forms of temporary housing. They’re crammed into motels, cars, and are doubled up with other families – all simply trying to make ends meet.

Homeless families are currently one of the fastest growing segments of the homeless population in the United States, and in a large part, the economic recession is to blame. There have been budget cuts. Job losses. Foreclosures. Add in a profound lack of affordable housing, and you’ve got yourself quite the national recipe for disaster.

So what does that mean for the kids involved? How are they affected by their family’s homelessness?

We need to take a real close look at ourselves, and determine whether we’re really comfortable with the fact that over one million of our own children are going to bed every night with no place to call their own. It’s time we support the next generation, and provide them with a healthy environment in which to develop, learn, and grow.

The good news? According to a report published by New York City’s Coalition for the Homeless, ending homelessness for all American children is possible in the next decade if the right steps are taken. It’s about creating more affordable housing options. It’s about providing assistance to struggling renters and homeowners. It’s about phasing out the use of commercial hotels and motels as forms of temporary housing, and instead focusing our efforts on creating more permanent housing opportunities.

We can reverse this trend.

It’s about time we tried.