Do you ever order from the “healthy” menu of fast food restaurants? Maybe you thought ordering that wrap instead of the burger was a healthy choice. Well, what I’m about to tell you might disappoint you a little.

But first, some facts.

The American Heart Association reports that 80 percent of U.S. teens have diets consisting of high salt, sugar and fat and low fruits and vegetables. Generally paired with a lack of exercise, this unhealthy diet puts them on the clear path towards heart disease. These habits often translate into weight gain and obesity which, in turn, can influence worsening rates of high blood pressure, high cholesterol and blood glucose. The report claims that fewer 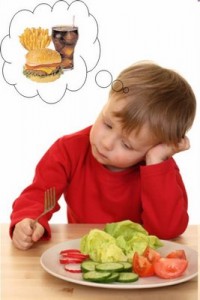 than 80 percent scored well on diet. Only 1 percent met the ideal guidelines of 4.5 of more cups of fruit and vegetables a day, two servings of fish a week, 3 ounces a day of whole grains, less than 1,500 mg of salt a day and no more than 450 calories worth of sugar-sweetened drinks a week. I realize the perfect diet is close to impossible with all the other things we have to deal with. But even so, only 45 percent scored acceptably on five or more of the factors.

While smoking rates are actively declining among teens, childhood obesity remains a stubborn obstacle in improving the health of our nation. It also often found that children who are already overweight are among the groups that eat the most unhealthy food, proving that dietary behavior is difficult to change. These behaviors have long-lasting consequences. A Harvard study found that sugary drinks commonly advertised to youth were linked to 180,000 worldwide deaths every year, and excess salt consumption was responsible for one in 10 American deaths in 2010. But you know, you wouldn’t really be so surprised with all these statistics when I tell you that most “kids’ meals” at fast food chains actually flunk nutritional standards. In fact, it was found that kids’ meals fall short of the USDA’s standards 97 percent of the time. 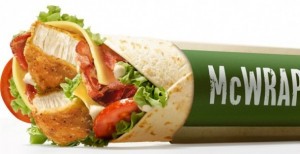 alternatives that you think are healthy actually use misleading campaigns to appear so. For example, McDonald’s recently launched their McWrap in what looks like an attempt to put a “healthier option” on the menu. (Can I just say that by doing this they are practically telling you that everything else on their menu is not healthy.) They’ve also started to add more green to their menu, which researchers at Cornell claim consumers view as a shorthand for healthier food. There’s something about the color green that makes people think it’s fresher and therefore healthier or better for you. Subway uses green packaging with the words “Think Fresh.” But even Subway, a place that prides itself as the healthier option, contains anywhere from 150-760 calories depending on size and sauce.

The childhood obesity rate in this country has increased drastically and some nutrition experts believe that the food and beverage industry are partly to blame for resisting regulation efforts and continuing to push their unhealthy products to children and teens. They contend some of the responsibility to encourage healthy eating habits among American youth belongs to popular restaurants. The high-calorie, salt and fat foods served by fast food chains pose an extremely large risk as they can cause damage to vital organs such as the heart and liver. And while you might think you’re doing yourself a favor by getting that “low fat” or “heart healthy” item, the effects are ultimately the same.

I know it can be difficult to fight the cravings. Like I said, these habits, once formed, are hard to break. Which is why I think there needs to be more effort from different sectors of society. It’s not always your doctor’s job to tell you what you can and cannot eat — especially if you’re not going to listen. I agree that restaurants have the responsibility to provide consumers with accurate, clear and up-to-date information regarding their products. Furthermore, I think the government should also take initiative in this issue and crack down on these establishments. Without this, the younger generations will continue to develop bad eating habits that put them at risk.

We have seen some seen some progress, however, that provide both an example and some hope. Cities that have implemented aggressive nutrition policies and have seen drops in their obesity rates. This suggests that policy changes hold the potential solution. For example holding restaurants to enforced nutrition standards, launching anti-obesity marketing campaigns and limiting portion sizes of unhealthy options. These are things that can, and should be implemented more throughout the nation.