ADHD: Is Medication the ANSWER?

A serious concern to me, and undoubtedly many, is that the words “I can’t find work” or “The Government needs to help us more,” are much too often heard from people living in developing countries like South Africa and Mozambique in Africa and India in Asia, and to lesser extent in developed countries.These words in particular, come from those in the lower income bracket and by those living in Poverty. I believe that there is a major false premise here. The false premise being, that Government and Government Programs are designed to benefit the 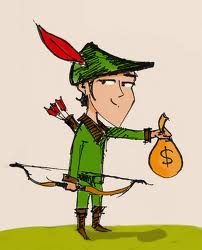 Let us take a look at the Empirical research:
Government financing of education

South Africa has one of the highest public investments in education, at 7% of GDP or 20% of state expenditure. Yet only a small percentage of the population have higher education Degrees or Diplomas , all of whom fall into the upper and middle class income bracket. So, who is financing that 20% expenditure? That’s right, every single taxpayer including the person who has never been educated at all. This is a huge example of wealth been transferred from the poor to the rich. Government financing of education is the most regressive program undertaken.

A welfare program in the UK, unwittingly,has destroyed the independence of individuals. In the UK at least,  it is easier for an individual to remain unemployed and collect a welfare cheque each month. The benefits of welfare outweigh the benefits of working at the minimum wage level. Particularly as the UK offers additional benefits, such as weekly nursing services for the aged and food programs for children. Having a minimum wage job will place the obligation on the individual to pay for those services. What would happen if welfare stopped? People would find work. What if there’s no work? Well governments will have added revenue , and it can easily use this revenue to build or update infrastructure , this will create jobs. And if it doesn’t? Than people will find other ways of surviving, they will have to it’s human nature to. South Africa had this situation where government spending was low , jobs were not being created. What happened, well it sparked a boom in “micro” businesses, and it really boomed to the extent that large business generate a sizable portion of their revenue’s from ”micro” business.It forced people to be Economically Active

Social security or Government pensions unnecessarily impose a tax burden on the poor, while benefiting the Middle class.

An uneducated/unskilled person would, on average, enter the labour market between ages 17 and 20 years old.

An educated/skilled person would, on average, enter the labour market between ages 25 and 29 years old.

It is all too easy to judge Government programs by their intentions and not their results, isn’t it?

So what should be done?

I believe that there is a great case here, for letting people pursue their own individual interests. This, I believe, would eventually promote the greater social interest.

This is because conditions that are mutually beneficial to either side, would be created. That is the vision founded by Adam Smith. It is pleasing to see that although the non-profit industry is struggling in some countries, worldwide 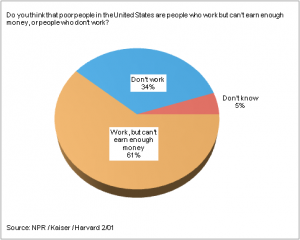 they are responding to the growing demand for service by constantly finding new ways to attract donor’s funding. This shows that people are becoming less reliant on Governments. In turn, Nonprofits are in a position where they can acquire necessary funding from private individuals and businesses, in addition to the Government. How?
Well if these programs were scraped, then government revenue would increase, or if government were to lower taxes than private individuals and business would have more money for nonprofit’s services. Understand that all you are doing is changing the transmission mechanism from Government to the nonprofit and private sector. It is cheaper for the private and nonprofit sector to carry out these activities than it is for government.

The late great economist Milton Friedman cited “The only Government program to work was Child Care.” In that particular program, cash was given to the Mothers of the children in poverty.

Now finally a Government has committed itself to trying the same concept. India has vowed to scrap 36 programs and give that money, in the form of cash, directly to the people. I certainly commend this. Give the people the money and let them go about pursuing their own interests. The program is at a smaller experimental stage, but I believe it will work. Don’t you?