There is a huge discrepancy between the message of morality and Christianity that the American Family Association  professes and what they practice. Recently in the news Bryan Fischer, an AFA spokesperson, harshly criticized the Southern Poverty Law center (SPL) “mix it up” lunch day program. He stated that the “mix it 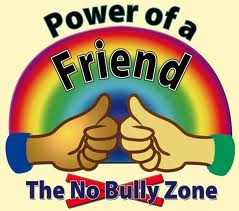 up” lunch program is like “poisoned Halloween candy.” His criticism resulted in the withdrawal of 200 schools from the “mix it up” lunch program. The AFA states that the “mix it up” lunch day endorses the acceptance of homosexuality in public schools, elementary schools and junior high schools. They have continued this tirade although SPL have emphasized that the “mix it up” lunch event is aimed at highlighting the overall issue of bullying in general. Although, the AFA is an organization that prides itself on exposing anti-Christian messages in the media and society.  The targeting of an organization that is aimed towards the prevention of bullying and the moral development of young people raises the question of who is the real bully in this situation.

The SPL- “Mix it up” lunch program

The SPL “mix it up” lunch program which started eleven years ago is s designed to teach tolerance, break up clichés and prevent bullying. The lunch program is scheduled for October 30th with 2,580 schools signed on to participate. The “mix it up” program encourages students in schools across America to intermingle and get to know peers with whom they would normally not interact. This program is a jump -off program that launches other 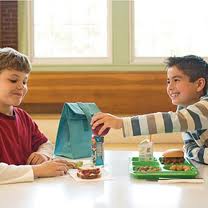 respect and anti- bullying programs throughout the school year. A program which even for a day allows students to interact, and intermingle outside of their cliques teaches students that they can make a difference in the world around them.

The attitude and bigotry expressed by the AFA towards an anti-bullying program aimed at empowering students, is a clear indication of intolerance and hate in our society under the disguise of Christianity. The October 30th lunch day, although being marred by the American Family Association (AFA) accusations, is the perfect teaching opportunity to educate youth about the bigotry or intolerance in our society. This situation shines a light on the actions of the AFA, preaching a message of intolerance towards specific groups within our society. Despite their objections “mix it up” day provides an opportunity to students actively engage in activities that promote understanding. Students interacting with others of a different racial, ethnic or social background may seem small but can go a long way in creating tolerant and accepting adults.

The schools that withdrew from the “mix it up” lunch program need to really question themselves. The problem of 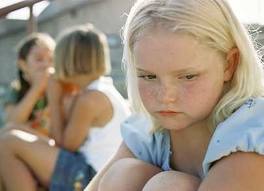 bullying in schools is a monumental issue. These schools missed an opportunity for their students to participate in an activity to practice acceptance and respect towards others. These schools need to answer the questions is this really about a biblical issue or were they themselves bullied?

In this situation the real bullies are the AFA. The AFA telling parents to keep their children home on October 30th is a message of hate and fear disguised under the premise of instilling a moral society. I do not profess to be an expert on the bible. But I do get that its basic message is one of love and peace. Therefore, why do we keep missing this major point? The AFA with their message of propaganda and discrimination to our youngsters has the audacity to question ethical morals in our society. They are obviously contributors to the problem of bullying and complete misrepresentation of what the messages within Christianity are about.

Parents need to support and remind their children to actively participate in “mix it up” lunch day. Parents should also inquire if their child’s school is a participant in the “mix it up” program .If they are not a part of this program; adovocate and support methods to make it make a part of the schools calendar.