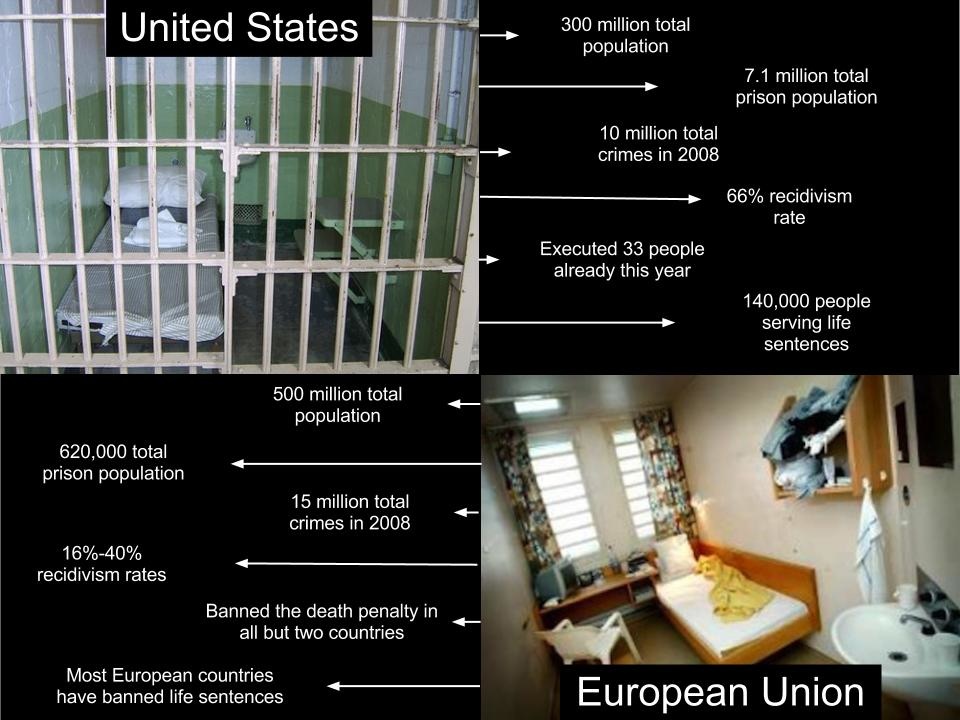 I’ve written a lot of articles over the past few months surrounding the US prison system. The problems I see. How they came about. Changes I think we should make. But I’ve never discussed prison systems outside the United States. And I’ve never actually described what an alternative prison system could look like. But just take a look at the images above and you’ll see how much different our prisons could look. More importantly how much BETTER they could look. There aren’t that many differences between the European Union and the United States. National governments have similar control over their justice systems to the way states do here. We have similar population sizes. And we have comparable crime rates. But somehow we have significantly more people in prison and have more people returning once released than they do. I’m not saying we need to mirror the European approach. But there’s clearly a problem with the way we’re currently operating compared to European success.

Prison doesn’t have to be the truly horrendous experience it currently is in the United States. Being locked up is punishment itself. Ask anyone who’s ever actually been inside. So why not reform the system to make it better and more effective? To learn more about our current system check out some of my previous articles on the death penalty, felon voting, and the War on Drugs.  I want to help start a discussion surrounding possible prison reform efforts. But I need your help in order to do that. Join the conversation today.