Another week, another UN holiday commemorating a global social issue. This week we had World Refugee Day on June 20th, a day to “honor the courage, strength and determination of women, men and children who are forced to flee their homes under threat of persecution, conflict and violence.” With the situations ongoing in the Middle East and Northern Africa, this year’s catchphrase “No one chooses 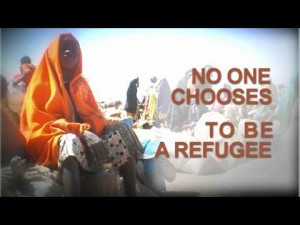 to be a refugee” provides an even more heartfelt reminder of how unfair these situations are for refugees.

Whenever an awareness-raising special day like this occurs, there’s always inevitably a few notable statistics that become a sort of tagline for the day. One of these I kept seeing during my online readings about WRD was the stat on where the world’s 43.7 million refugees and internally displaced persons are located. An astounding 80% of these 43.7 million refugees and IDPs are hosted by developing countries. That is a lot.

Honestly, initially it was shocking to hear that four-fifths of the world’s refugees end up in developing countries. But, when I got to thinking about it I really wasn’t that surprised that they end up shouldering the weight of refugee situation. Developing countries often suffer from political instability; which means that borders are likely fluid and social services are probably meager for their own citizens, much less others coming into their country to seek safety and refuge. The thing is that when one is fleeing a country for fear of their safety and death, especially when these people are economically disadvantaged, they are going to go to the most accessible, safer (though not necessarily safe) place they can get to. It makes sense that the easiest places refugees can access are not really the places with the means to support them.

So, the industrialized countries that arguably would be better served supporting these vulnerable 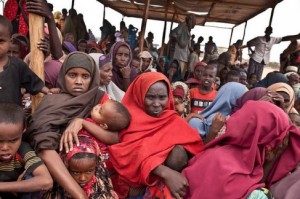 populations are the ones bearing the least of the burden. In these places, it’s generally harder to reach, cross the borders into the country and receive refugee status that would grant them access to social services. It’s like one big Catch-22. The easiest places to get to, are the ones that can’t support refugees, while the ones that can are the hardest to access.

It’s sad to think of people that are forced out of their home city or country because of conflict, persecution, or some sort of disaster, as something of a burden on others. But, the reality of it is that they are, especially when the host country is a ‘developing country’ (disclaimer: yes, I know the term isn’t standardized and is somewhat ambiguous, but for the sake of not digressing from the point of this blog, I’m just using it in general terms). These countries often have their own slew of issues that their struggling to deal with (often it’s things like lower human development, living standards, education and less opportunities for its own citizens compared to developed countries) much less having to address the issues of hundreds, thousands or even millions of vulnerable people with very little to no resources. That’s a lot to deal with.

No one chooses to be a refugee, but for now it is a reality. So, how do we remedy this issue? It would be great to think that developed and developing countries would work together to find ways to support these vulnerable people, but that just does not seem to be happening. One day we may have a world where no one has to be a refugee and where there is always a choice, but for now other countries will be forced to bear the burden.