Immigration issues have been in the news a lot over the past few months. With this being an election year and the hispanic vote supposedly “up for grabs”, politicians from both parties have been trying their best to appear favorable to the immigrant community without isolating any of their other traditional supporters. But up until recently all their measures have essentially been only words with few actual results. President Obama changed that with his announcement last Friday that undocumented 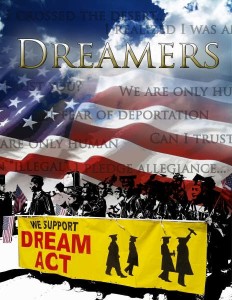 immigrants who came here as children no longer need to fear deportation. He finally laid the groundwork for change that would actually have a sustainable impact on immigrants’ lives. But that will only happen if Congress acts to change his Presidential policy into law. If they fail to do that, then this will just be yet another attempt by the government to create a band-aid fix for a much larger and more serious problem.
State governments and the federal government have been making small legislative changes meant to improve immigrants’ lives for quite some time now. Many of these were good ideas in theory but bad in practice. They were very specific fixes that didn’t have a lasting impact because they didn’t address the overall problem. Take Texas for example. In 2001, the state passed the Texas Dream Act, which allowed undocumented immigrants access to in-state tuition and financial aid. On the surface this seemed brilliant; more educational opportunities for kids, regardless of their immigration status. But not that many students were able to take advantage of the new program, with Texas Dreamers making up only about 1% of the in-state student population in 2010. This on its own shows how ineffectual small changes are, but the legislature compounded the problem by making it extremely difficult for immigrants to gain work permits. These kids could finally get access to the education they deserved, but then weren’t allowed to find jobs after graduation.

Those seem like conflicting ideologies to me. If the state is going to spend money to help educate these kids and treat them as if they were US citizens, doesn’t it make more sense to provide a pathway for them to get jobs and return the state’s investment? Instead of fixing the issue and helping immigrants, Texas managed to replace an old problem with a new one. Education but no job. That’s not problem solving, that’s the legislature going through the motions without thinking about all the issues. And this is just one example out of many of government trying to make small changes because officials weren’t willing to take the risk of making big ones.

With his announcement, President Obama took that risk and laid the groundwork for legislators to 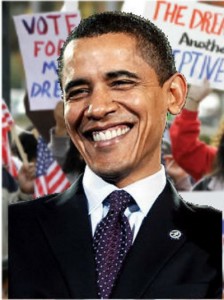 hopefully enact broader changes. He’s admitted this is only a stopgap measure for now, but at least he has taken a stand and shown that more sweeping changes are necessary for immigration reform. Without congressional support he can only stop certain deportations, he can’t provide amnesty or citizenship for all undocumented immigrants. But his decision makes sense. If we’re going to make getting an education and finding jobs easier, then it only makes sense that we should stop deporting people. Hopefully congress will follow his example and provide a pathway to citizenship for all these people who deserve it.

Some people might say that I’m asking for too much. That I’m unfairly judging other laws aimed at improving immigrants’ lives. Or that even small changes are better than nothing. Maybe we don’t need to tackle such a controversial issue as citizenship and amnesty for undocumented immigrants. But I think that would be shortsighted. Immigration is too big of an issue to try to change step by step. Incremental changes simply give people false hope that real change is happening. Or it allows politicians off the hook because they can point at some specific legislation and say “look we did that, we are helping immigrants” when really they’ve done essentially nothing. The goal of sustainable impact on immigration reform is close but we need to maintain support for the DREAM Act and President Obama’s new policy if we wish to reach it.