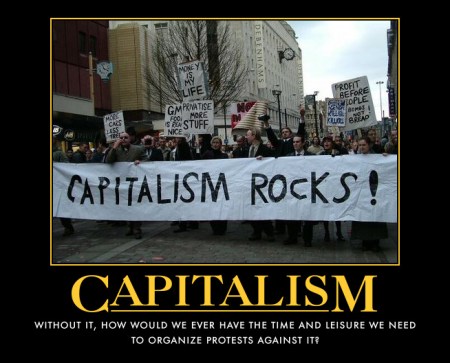 If I asked you to define “capitalism” I’m sure you could come up with some sort of adequate description no matter your knowledge of economics; it is, after all, the American system.  It may surprise many of you to learn, however, that “capitalism” is far from easy to define, as there are a large number of different types of capitalism.  Various combinations of state and private ownership exist under the broad category of “capitalism,” and add in varying degrees of emphasis on entrepreneurship, market forces, and so on, and it quickly becomes clear that “capitalism” does not follow a clear set of rules.

Take this recent article from the Washington Post, which describes some of the historic variations of capitalism within America.  The author begins by discussing “robber baron capitalism,” in which a handful of clever entrepreneurs and financiers controlled the economy and used their economic power to enhance their political power.   He moves on through the decades and eventually ends with “financial capitalism,” which is characterized by buying and selling companies for profit rather than running them and  a relatively small number of investment bankers and managers of hedge funds and private-equity firms controlling the economy.

Now keep in mind, this two-page journey through the history of American capitalism is just that—a study of American capitalism.  Outside our borders a myriad of other forms of capitalism are flourishing, from the Swedish model, which combines a strong welfare state with export-oriented market capitalism, to the Japanese system in which the economy is dominated by keiretsu.  Every capitalist country (and it is estimated that 80% of the countries in the world can currently be considered “capitalist”) has its own particular twist on the system, and no two are identical—not even within the European Union.  Each system is based on a country’s particular history, religion, and culture. 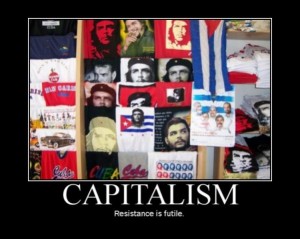 Islamic economics, for example, is an economic system based on—you guessed it—the Qur’an, and so is prevalent in Muslim countries like Saudi Arabia.  There are many unique tenants in Islamic economics, including a prohibition on charging interest (riba) and an emphasis on donating money to charity (zakat).  Different countries place different weight on the central tenants of Islamic economics based on their own cultures and histories.  In some countries, for example, riba is taken very seriously, while in others some form of interest is allowed.  Islam, and the resulting economic system, has a profound impact on the kinds of economic activities that people pursue, and while many Islamic systems can still fall under the umbrella of “capitalism,” they often do not take forms we would recognize.

Buddhist economics, meanwhile, is a completely different mindset that is common in more Southeast Asian 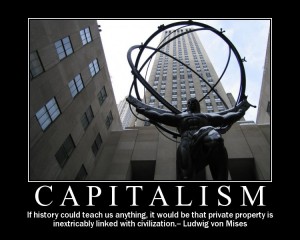 counties like Burma.  E.F. Shumacher wrote the book (literally) on Buddhist economics, which he found to be centered on the ideals of the middle way and the concept that “small is beautiful,” meaning that consuming just enough is better than overconsumption.  Again, the history of Buddhist culture changes people’s economic priorities, and while Buddhist economics is still a “capitalist” system though one that is in many ways vastly different from our own.  The same is true of Confucian economics, Nordic economics, etc.

So now you may be wondering: just what is the point of this blog post?  I’ll put it simply now.  Whether you prefer capitalism or socialism, a market economy, mixed-market economy, or command economy, there is one thing to understand: economic systems do not exist in a vacuum.  There is never going to be one perfect system that can promote growth and development in every country.  Economic systems are deeply rooted in cultural and religious values and they fluctuate over time.  Fukuyama may have predicted the “end of history” in which all economic and political systems converge into one model, but for the time being we are still living in a world with a number of different systems.  When attempting to create policies or offer suggestions we must keep this in mind, as economic systems cannot be easily altered by outside forces.  These days people often seem to be focused on how to promote global economic development, but forget that each economic system has grown with its respective country over the years, has shaped thinking and economic activity, and so we must not look for one overarching solution, but focus on what is best for each individual country.