I had every intention of writing a follow-up piece to my much-discussed post on sustainable tourism in the Sinai Peninsula today, but while I was looking for news sources I came across something that I found very interesting: 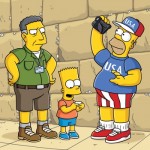 Holy Land tourism.  So responsible tourism in Egypt will just have to wait for a another day, I guess, because today
I’m going to discuss this type of tourism which, frankly, I had no idea existed.  My knowledge of Holy Land tour companies extends about as far as that Simpsons episode where they all go to Israel, and though of course I knew that hundreds of thousands of people have gone on pilgrimages to Jerusalem every year for centuries, that’s not quite the same as joining a tour group.

What I found interesting about this particular tourism organization that I stumbled upon, the Middle East Justice and Development Initiative (MEJDI), was that it was an attempt to combine profitable tourism with under-funded peacebuilding initiatives.  The tour guides are Israeli and Palestinian and they lead dual-narrative tours in which both guides tell 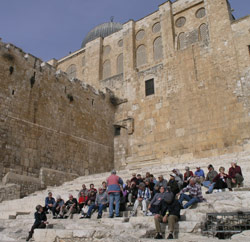 stories based on their own experiences.  Now, as you surely know, Israelis and Palestinians do not historically get along, and so to have both standing side-by-side, cooperating and presenting their stories to tourists, must be a very unique experience.  The tourist group participants get to view both sides of the conflict, meeting rabbis, Palestinian officials, and Israeli politicians, and in one case Jewish visitors spent a two nights at a Palestinian refugee camp.

The MEJDI tourism company was founded by two Jewish Americans and provides a variety of tours in Israel, Palestine, Turkey, Jordan, and Egypt.  They focus on responsible tourism as well as peace-building, which is good, but overall I’m not quite sure how I feel about their business plan.  On the one hand, it is innovative, and it’s certainly beneficial to use a profitable activity like tourism to promote cross-cultural understanding and a relaxing of tensions.  It’s good business to capitalize on something you have a lot of, so if that’s conflict and war why not use that to draw in valuable tourist dollars, especially if you have the added benefit of reducing prejudice and promoting
understanding? I don’t know much about peace studies, but I do know that in many countries which have suffered through ethnic cleansings truth and reconciliation committees and the like have been established as a forum for survivors to talk about their experiences and, in doing so, begin to ease tensions and rebuild.  This seems sort of similar, and it brings in revenue for the local communities.

On the other hand, though, this situation could easily become exploitative.  To be clear, I am not suggesting that it is exploitative, but simply that it could be, particularly if an unscrupulous tourism company entered the market. Want to talk to a Palestinian who grew up in a refugee camp?  Sure, here’s five!  Feel like hearing an Israeli talk about terrorist attacks?  Why here’s one right now!  It can be a fine line between promoting dialogue and peace-building and exploiting vulnerable populations, particularly given our media-fueled obsession with crime and drama.

So now I’ll open it up to you.  What do you think of a MEJDI-type tourism company?  Do you think it’s a good way of 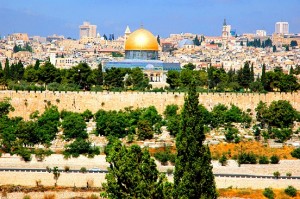 promoting cultural understanding and reducing tensions while bringing in a much-needed infusion of cash, or do
you think it’s exploiting people who have experienced much conflict and trauma in order to make a profit from susceptible tourists?  And, if you do   And if you do think it’s exploitative, is that necessarily a bad thing?  If you had a story that people wanted to hear, would you sell it?  There are a lot of questions surrounding this issue, so let me know that you think in the comments!