Mail Order Bride services have been legal in the U.S. since the 18th Century where men would scour catalogues of women available abroad for marriage.  Today the same services are conducted via the internet where many 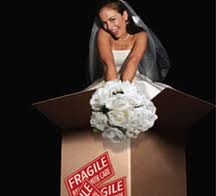 American men are looking for a woman with “traditional values”, or a woman who will stay at home, take care of the children, and who is mostly submissive in nature.  Many of these men who are referred to as “consumer grooms” in the Mail Order Bride industry complain that Western and American women are too pushy and independent, and are looking for women from Europe and Asia who they believe or hope will be a little more “traditional”.

The problem with this popular international marriage arrangement is that it is carried out by companies known as International Marriage Brokers or IMBs who often don’t disclose information regarding issues such as the health of the parties, their personal history, or even their criminal records. In fact a journalist discovered that IMB’s are quite deceptive in their practices and did an investigative report taking a two week bride hunt through the Ukraine in 2006.  In the report it is revealed how most IMB’s are unlikely to disclose information to their brides regarding any domestic violence history the groom may have. The brides are promised a wealthy American man who will take care of them and give them a better life.  The consumer grooms are promised a submissive traditional woman who will tend to the children and their home and won’t give him any trouble.

Typically most of the brides are from Ukraine, Poland, Russia, and Asia, but there are women from all over the world looking for these types of marriages.    There are by far a greater supply of women in attendance of these meetings between consumer grooms and Mail Order Brides.  The women are often trying to escape a life of poverty and desolation and many of them come from countries, such as Russia, where the population of women is far greater than of men.  Yet their ability to support themselves is not abundant in their home country.  So they look to the possibility of obtaining an American or Western husband who will be able to support them and rescue them from a life in poverty.

Here is a short You Tube video giving a closer look at how this international marriage transaction is carried out:

Are Mail Order Brides just a legal way of conducting sex trafficking?  These women are selling themselves to American men with the hopes of gaining a better life in the U.S.  They are being sold to 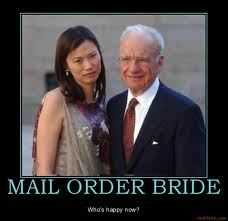 the highest bidder in exchange for their hand in marriage which includes of course, sexual submission.  When the brides arrive in the U.S. not knowing the language, culture or any of their legal rights what is to stop their husbands from abusing them?  They are usually trapped in a marriage dealing with sexual, domestic violence and forced servitude until someone comes to their rescue or they learn enough about U.S. law to get help.  Even then these women are too afraid to leave for fear of deportation back to their own country so they stay and live with the abuse.

It is estimated that roughly 4% to 10% out of 100,000 women in arranged marriages will actually make it to the U.S. in any given year.  In 2007 there were somewhere between 11,000 and 16,500 fiancé or K-1 visas issued by the U.S.  Divorce rates are very low with these arranged marriages but the fact that these immigrant women are alone in a foreign country and may be subject to domestic abuse may have a large part to do with that low rate.

In 2005 there was an International Marriage Broker Regulation Act passed in the U.S. which requires marriage brokers to screen their grooms and disclose their marital and criminal background to their brides in their native tongue.  There is a $20,000 fine for each offense but there are many women’s rights and advocacy groups worldwide that question how well the Act is being enforced.  Truly in a country such as the U.S. which is trying to address human trafficking issues domestically and globally this type of modern day sex trafficking should not be occurring.

There needs to be more of a checks and balance system for international marriages occurring through a Mail Order Bride company in the U.S. to assist immigrant women.  Perhaps we need a system where the brides are required to meet with a counselor who speaks their own native language once a month for the first two years as part of the immigration process to assess how they are adjusting and to educate them on their rights in the U.S.  They also need to be aware of where they can turn for help if they feel threatened or are being abused.  If you would like to advocate to help these victims you can take action through the American Immigration Lawyers Association.  The support of the reauthorization of the Violence Against Women Act helps protect immigrant women in the U.S. such as Mail Order Brides from domestic violence, sexual assault and stalking and you can advocate for support.