Ever since the recession of 2008, we have seen an incline in homeless Americans.  The contradiction to this trend is that we have more vacant houses than ever in the U.S. as homes slide into foreclosure and people can’t afford to maintain a mortgage with an outrageous interest rate.  When the housing bubble of 2008 burst we had a crisis wherein Americans were discovering that the bank which refinanced their home overestimated their ability to pay by about ten times what they should have.

As a result of this crisis Americans were finding themselves unable to make the mortgage payment when they became unemployed as many did during the recession.  Many people had to move out of their homes and downsize into an apartment with rent payments they could afford.  Many still became homeless and started living on the streets, or if they were fortunate they would live in their vehicles. 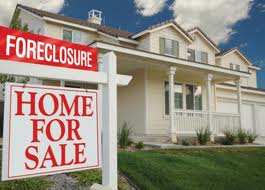 foreclosure notice on the door because the landlord hadn’t made the mortgage payment.  Sometimes people would move into a new home they were renting only to find out a short time later that the home had been foreclosed on and they would have to pick up and move again.  For the first time in American history since the Great Depression people from all economic backgrounds and diversities were losing their homes.

Of course never before have we ever had so many vacant homes around the country all at once.  Squatting by the homeless has risen considerably over the past few years.  People would rather take over an abandoned foreclosed home than a condemned home, as it often still has gas, water or even running electricity.  Squatters also found that foreclosed homes can be a safe alternative to shelters or to living on the street. 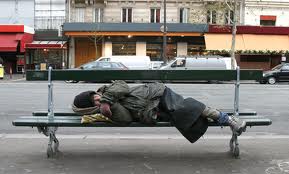 question is how do we resolve this problem of both abundantly vacant foreclosed homes and homeless Americans?  Perhaps we should find a way to match the two parties, foreclosed homes to homeless Americans.  It seems simple but the problem is that the property has to be donated by banks who are already strapped for cash after the recession and are not thrilled about the idea of giving up potential profit.

Banks would rather pay to preserve the homes than to rent them out to people who really need them as they don’t want to be in the business of property ownership.  They would rather find someone with the money to buy and get rid of the property as soon as possible.  However, in these times the economy won’t afford the general public with the income necessary to put a down payment on a foreclosed home.  The other issue for banks is that they often have insurance on foreclosed homes and therefore it’s more profitable to keep them empty, foreclosed upon, or to even destroy them than it is to rent them out.

The good news is that some movement to resolve this crisis is finally occurring.  The Obama Administration called for a study in August of last year to determine if 250,000 foreclosed homes currently owned by the 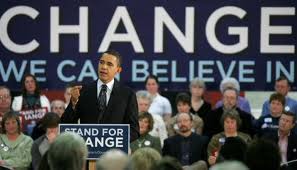 government could possibly be rented out.    The study has been concluded and Ben Bernanke, Chairman of our Federal Reserve, supports the idea of turning foreclosures into rentals however the main issue now is how to formulate the program and provide funding in the current state of the economy.

One suggestion that seems to be a popular public opinion is the take a foreclosed home and offer to rent it back to the previous owner who would have a vested interest in taking care of the property.  Perhaps after some time the previous owner would be able to enter into a lease to own agreement.  Another possible solution to provide funding for a rental program is to have a local charity or other non-profit organization acting as the property management company.  Another possibility is for banks to donate homes to non-profits such as Habitat for Humanity which could act as a property manager for affordable housing for the homeless.  There is another group called Occupy Our Homes which is a spinoff of the Occupy Wall Street movement and helps homeowners fight financial institutions to get their homes back.

Regardless of what type of foreclosure to rental conversion program is elected, it is clear that it couldn’t come a moment too soon.  Keep track of and support foreclosure prevention and conversion legislation by clicking here:  Make sure you do your part to address this serious issue and help to make homelessness in America an issue of the past.