In my last look at the U. S. terrorist detention policy, with a focus on Gitmo, I argued that now is the time to craft a better policy. The emphasis on property/geography, while relevant, distracts us from the real core issue to be resolved: principle. We as a nation are going about it backwards. Principle should dictate policy and not the other way around. I believe that the Federal System is the best way forward not only in upholding principle but in crafting policy.

In an Executive Order issued on Nov. 13, 2001, President Bush ordered the formation of military tribunals to try non-U.S. citizens outside the jurisdiction of 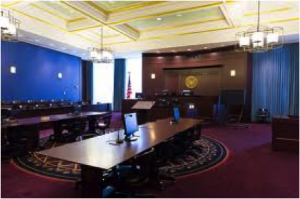 federal and military courts. In 2006, the Supreme Court ruled the tribunals unconstitutional stating that the President had no authority to create a new judiciary system; this power rested with Congress. So, Congress revised the tribunals and things moved forward. Or, so we were led to believe.

Upon taking office in 2009, President Obama attempted to keep his campaign pledge close Guantanamo and stop the tribunal system. Attorney General Eric Holder, in late 2009, announced that the administration would hold the trials of the 9/11 planners in New York Federal Court. Due to opposition by Congress and New York officials, this idea had to be abandoned. Guantanamo and the tribunals are once again up and running. Recently, Congress proposed that all foreign terrorism suspects, even those captured in the U. S., be tried by the tribunals.

In March of 2011, President Obama signed a new Executive Order detailing the periodic review of detainees. It would require a review of their status within a year and every three years thereafter. This determination would be to consider if they are still a threat, have a trial scheduled or be released. Additionally, it would require compliance with the Geneva Convention ban on torture and treatment of prisoners.

So how have we been doing in convicting our terrorist suspects in the tribunal system? After 9/11, the Bush Administration charged 828 people, indicted 593, convicted 523 and 235 suspects still had pending trials. An impressive record, no? An 88% conviction rate! Except that this was in Federal civilian courts. The tribunals? The Bush Administration instituted 20 cases and only had 3 convictions under the 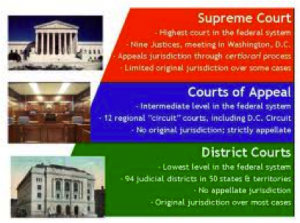 Military Commission system. The Center on Law and Security of the NYU School of Law has been keeping a “Report Card” of the terrorism trials.

The question remains, “Why are we not utilizing our best systemic criminal justice organ as a policy foundation for the prosecution, conviction and detention of terrorist suspects?” The answer is that in actuality, we are. To date, our Federal Criminal Justice System has been the most effective tool in our Counter-Terrorism arsenal. See, the tribunal system at its core is not about prosecuting terrorists but about the reach of Executive Power and the reinforcement of state sovereignty in the face of growing international encroachment. 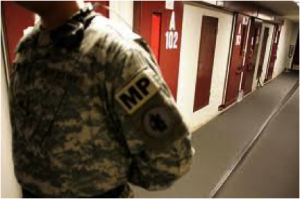 principle. Before, Sept. 11th, the Bush Administration’s policy was geared towards reclaiming the United States’ role as a superpower on the world stage. This meant the formation and implementation of a unilateral foreign policy that was meant to send the message that we were the force to be reckoned with. In projecting this image of force, we could disregard the international norms that were felt to be inconsistent with our policy.

Unfortunately, the events of 9/11 further exacerbated this range, use and abuse of this power to the domestic policy front. If the Administration could ignore the world at large, what were a few million people within its borders? This is where the tribunal system comes in. If the Administration had had faith in our own institutions to effect the policy changes and outcomes they wanted, with or without public agreement; the principle of our constitutional sovereignty would not be in jeopardy. As it stands, there has been and will continue to be debate, inaction and partisanship on an issue that is central to our National Security.

September 11, 2001 was unarguably and undeniably a tragedy of huge magnitude not just for the United States but for every person who lost a loved one. Let us remember this truth. The attackers and others like them are not attacking us for our policies, for that can be remedied by their own governments’ agreements and relations with us. They are attacking us for the principle by which we dare to try and live by. Freedom through Rule of Law. This is embodied first and foremost in our Constitution but is actualized through our Federal Legal System. In ensuring this principle to those we may despise the most, we uphold it to its highest standard for ourselves. However hard this may be.