This week my blog posts have been exploring the topic of child exploitation. My viewpoint is that children are our most vulnerable population due to their mental and physical fragility. Yesterday, I explored how children have been exploited during the chaos caused by natural disasters. Today, the focus is the use of technology to trick, coerce and exploit youth in the United States.

The use of a computer is now integral in our daily lives. Not only on how we conduct 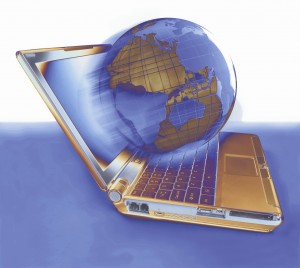 business, but also in how we manage our daily lives. Decades ago, children from certain socio-economic levels were exposed to computers and subsequently the internet. Today, schools are requiring that all their students take exams online and also apply for extracurricular activities and college using the World Wide Web.

In this new century, computers have also changed the way that we communicate at the macro-level making a community 5,000 miles away seem near and familiar. It’s also altered how we as a nation communicate with our families and how we make friendships and linkages with others in our lives.

Children have shown themselves to be computer savvy. They have shown a grasp for all the new technology. Nonetheless, predators have also learned to use this against them and turn this medium, that can open the doors to many opportunities, into a vehicle for danger and deceit.

Until recently, the terms cyber bullying, cyber stalking, online predator, cybercrime and internet child pornography were not widely known or used. Television shows such as Dateline NBC’s segment “To Catch a Predator” were a novelty and not on everyone’s radar. Today, our newspapers and television headlines are full of stories of missing children and exploited youth that were recruited in their own homes through their exposure online.

This shows us that it is our responsibility to teach, guide and monitor the use of computers by our children so that it becomes a safe environment from exploration and not a nightmare scenario. The National Center for Missing and Exploited Children (NCMEC) posted a success story that can also serve as a case study of the prevalent misuse of the internet to prey on children.

In 2008, the NCMEC received a report from a concerned mother who reported that a 20-year-old male was engaging in sexually explicit conversations with her 12-year-old son via Xbox Live chat. According to the suspect, he would meet the boys online using Xbox Live chat and eventually meet them in person. It is unclear whether the suspect has sexually molested any children, but he was reportedly meeting children online and producing child pornography videos using Xbox Live.

It is not uncommon for child sexual exploiters, traffickers and predators to use legitimate means to entice children to communicate with them. In the scenario above, they used a well-known forum to coerce a relationship with young boys. While controlling the internet seems like a daunting task for any individual, parent or caregiver, we can still be more vigilant and look out for some of the signs that a child may be at risk online:

So what do you do if you see these signs?

To empower the public to act to stop child sexual exploitation, NCMEC launched the CyberTipline which offers a way to report incidents of child sexual exploitation including the possession, manufacture, and distribution of child pornography; online enticement; child prostitution; child sex tourism; extrafamilial child sexual molestation; unsolicited obscene material sent to a child; and misleading domain names, words, or digital images. The CyberTipline is staffed 24 hours a day, 7 days a week and can be reached at www.cybertipline.com or 1-800-843-5678.