I noted in my last post that educating some people can create a ripple effect that promotes growth in an economy. Thus, spending in education should be seen as investment in the future. If we can increase the amount of human capital in America, we can significantly increase our ability to compete in an increasingly global economy.

I recently had an idea that might help us maximize this ripple effect. In London, they have recently started the New College of the Humanities. Esteemed academics such as Richard Dawkins helped start and will teach at the university. The university follows the for-profit model of many of the elite, private school universities in the US, charging students  £18,000 to attend each year. Students will learn from some of the best and smartest professors in the world.

I like the idea of Nobel laureates and leaders in academic fields coming together to start a new school to teach a country’s brightest students. While we have several private, for-profit universities throughout the country, I think it would be a good idea 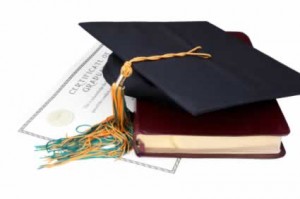 to start a national public university that is free of charge. While it is unfeasible to have many schools like this around the country, I think having one such university with nearly unlimited resources for our most talented students would be a worthwhile investment.

For a school like this to work, the government would need to have a huge budget so that it could compete with elite Ivy League schools. Admission would have to be strictly based on academic merit, as it would be unfair to taxpayers to accept students just because their family donated money to the school or because they excel in sports. The school should be in a metropolitan area. Imagine a school like this in Washington, DC, where Ben Bernanke could occasionally visit and lecture economics students and President Obama could occasionally lecture politics and policy students. Or if the school was in New York, finance students could occasionally learn from prominent Wall Street bankers, and famous Broadway actors could teach aspiring actors.

While a national university is certainly ambitious, the benefits could be enormous. America’s greatest minds could all be educated at the best possible school, free of charge. While many elite private schools now offer great financial aid packages, many students are stuck with having to pay off student loans long after graduation. Thus, graduates would be free to pursue careers that they are most passionate about and can enact the most change in without wondering how they would pay off their massive debt. Finally, currently college students and graduates have massive allegiance to their alma maters. Because of this loyalty, they often donate a bulk of their wealth to the university later on in life. Imagine a legion of talented graduates from a national university. Knowing that they received their education from American taxpayers, many would feel fierce loyalty towards America. In my opinion, this loyalty could be more beneficial because it is dedicated towards more people as opposed to just elite institutions such as Harvard or Stanford. Because of their loyalty, many of them may find determination work hard to help make this country better.

The concept of a free and superior education for the best students is not a novel concept. For example, in 1980, North Carolinan Governor James Hunt helped establish the North Carolina School of Science and Mathematics. NCSSM is a residential high school for 660 of the smartest juniors and seniors in the state. It is completely free of charge, and it was designed to help prepare good students for life and keep many of these students in the state after graduation. The school was so successful that 18 other states followed its model and created their own schools of science and mathematics.

Considering the success of schools such as NCSSM, it would be interesting to see what a national university could do with its significantly larger budget and bigger pool of students. I do not know how much a school like this would cost. However, if I had to guess, I’d imagine it would be pretty miniscule in comparison to the current deficit. And, as I said earlier, investing in education has a huge ripple effect that is usually profitable in the long run.

I understand that my plan is bold and controversial. Some may argue that the plan would disproportionately benefit the wealthy, as wealthier students have advantages that might help them get accepted to my proposed school.  While students from higher socioeconomic status definitely have inherent and unfair advantages, I think it’ll be difficult/nearly impossible to completely mask them. When originally writing the post, I considered not allowing wealthier students to attend this school. However, I think such a policy would be unfairly discriminatory. In my imagination, this school would try to attract the best and brightest, regardless of social class. While we can’t prevent richer students from having access to tutors and good college prep schools, we can prevent them from being admitted to this school merely because of being a legacy, athlete, or having a lot of family wealth.
An applicable analogy to my proposed school would be to consider a student choosing between going to a school such as NCSSM, going to an expensive prep school, or going to a local and free, not as high quality public high school. If students just faced the option of an expensive prep school or a local high school, talented wealthy kids would go to prep schools and talented poorer kids would stay at local high schools. NCSSM opens up doors for people who are neither rich enough to pay for prep schools nor poor enough to receive adequate financial aid. As a result, many talented middle class kids get access to an awesome high school education that they otherwise could not have gotten and ended up better prepared for college and life. Similarly, a middle class prodigal student could be choosing between a full scholarship to his state flagship university and an Ivy League school. While there is certainly nothing wrong with an education from a top-notch public university (and in most cases, it is more than enough), I do think that especially exceptional students should be exposed to the best minds in their fields. They should be learning from professors with Harvard and Oxford PhD’s and Nobel Laureates. This is beneficial not just for the student but for all of society. While a majority of jobs are created by small business owners with 2-year degrees, businesses cannot grow without technological innovation or certain legislation. Many of the innovators and legislators are people who could greatly benefit from having the best possible education.

I also believe that a school such as this could help us retain our talented students. We haven’t had much of a ‘brain drain’ problem in the past, but with economic disparity increasing, unemployment increasing, and power remaining concentrated in the hands of few, I fear that many students will be frustrated with the current situation and leave to places in the world with more opportunities. A free public education might keep graduates in the country, as they feel indebted to a country that gave them such an amazing opportunity. I have seen this happen in my own state. I attended NC Governor’s School – a free six-week summer camp for gifted high school students. Prior to the camp, many of us planned on leaving the state and going to college/working elsewhere. However, many people changed their minds after the camp and stayed/plan to stay in state. The same could be said about students who attended NCSSM.

Philosophically, I think it’s important to provide a better education to the masses than to just a select few. I think that all high school and undergraduate education should be as close to free as possible. However, I also think that with so many students and such little room in our budget, we cannot bring down costs to all students of public universities and provide a product competitive with elite private university education. However, I do think my current proposal is somewhat affordable and could still bring about substantial change. I am aware that the plan isn’t completely fair and that it certainly doesn’t solve all of our problems with our higher education system, but I do think in the long run we would gain more by having the school than we would lose by having to fund it. And if we end up with a net benefit from making the school, I think it is a good policy.