In my previous post I talked about the conflict between a women’s rights to choose abortion, and the ethical danger of normalizing the practice of abortion in order to eradicate disability. Medical professionals and parents-to-be may argue that, due to environmental barriers, cultural stigmas, or the lack of available medical options, the quality of life would be insufficient for babies with certain congenital disorders. These barriers may be considered a reasonable justification for abortion, which is problematic because, rather than working towards creating more sensitive and accommodating environments, aborting fetuses with disabilities aims to eliminate disability altogether.

While it’s clearly important to be informed about the rights of persons with disabilities (PWDs), a trickier issue is the practice of euthanasia. While environmental barriers such as physical accessibility can be removed over time, and societal perceptions can improve in the long-run with increased awareness, we simply can’t ignore the very real physical suffering that is associated with certain serious or terminal disabilities. I don’t have the authority to choose which conditions are more or less applicable for this list, because pain and trauma are experienced in different ways by different people. But in those instances when living becomes unbearable, is ending life a more humane option? It has been debated back and forth many times, but it’s still a relevant question. At the end of the day, do people have the right to die?

Disability rights movements generally don’t support euthanasia, since the practice sustains ableist thinking, placing abled bodies as the norm in society. By providing ways to euthanize, the movement believes society will maintain the view that PWDs 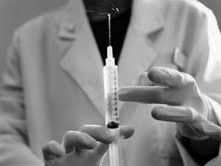 are suffering individuals, or charity cases. The fear is that if euthanasia is supported, the right will be abused and PWDs will be killed for the wrong reasons, including to relieve the responsibilities of family members, caretakers, or the state, or to allow PWDs to commit suicide due to emotional distress that results from societal barriers that can and should be removed. For example, the unemployment rate for PWDs in May 2011 was 15.6%, as opposed to 8.5% of non-disabled persons. Although there is no definite correlation between unemployment and suicide, researchers agree that unemployment affects health and increases the risk of depression and suicide. With a higher overall percentage of unemployed PWDs, it wouldn’t be unreasonable to expect that there may be a higher risk of suicide among that group.

There are a few types of euthanasia which vary in the degrees to which patients have control over their decision:

Euthanasia is legal in Belgium, Luxembourg, and the Netherlands, and assisted suicide is available in Switzerland and in the U.S., but banned in all states except for Washington and Oregon. Organizations like Dignity in Dying in the UK, Compassion & Choices in the U.S., and many others across the world in the “right to die” movement support valuable end-of-life care, and believe in providing options that will bring about the most comfort and peace for the individual.

I’d like to reiterate that every person has the right to autonomy and self-determination, which includes the right to live or die with dignity and respect.  I believe that changing attitudes about disability and disabling conditions is crucial for improving the opportunities and quality of life for PWDs, as I stressed in my last post. But at the same time, I do believe that just as PWDs should be provided with the means to thrive, individuals must also be given the right to die peacefully, given that the patient comes to the decision with a clear and stable mind, without pressure or coercion.

Sarah Amin is a Program and Research Intern with the SISGI Group focusing on Human Rights Advocacy, International Disability Rights and Gender Equality/Gender Mainstreaming. To learn more about the SISGI Group visit www.sisgigroup.org.