What were the major battles during the Revolutionary War? Who was Ulysses S. Grant? What did Abraham Lincoln do that was so important? These, and a myriad of other questions, were given to a representative sample of 7,000 fourth graders, 11,800 eighth graders, and 12,400 twelfth graders across the country. The students were told to answer a series of U.S. history questions on an exam provided by the National Assessment of Education Progress (NAEP). 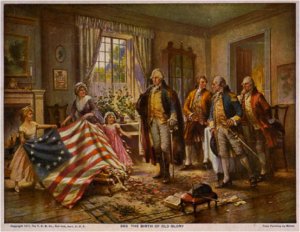 Unfortunately, the test results, which were released on June 14, 2011, turned out to be less than stellar. The Nation’s Report Card, which is what the NAEP is sometimes referred as, showed that only 13 percent of the nation’s high school seniors had sufficient U.S. history knowledge to pass the exam. In the younger grades, only 22 percent of fourth graders and 18 percent of eighth graders had a proficient or higher grade on the exam.

The rather bleak looking results happen to be higher than the NAEP test results from 2006. Apparently, fourth graders performed two percent better in the 2010 version of the NAEP exam, scores for the eighth graders remained the same, and seniors in high school performed one percent lower. Though the 2010 test results do not show significant changes throughout the grade levels, the fact of the matter remains that most students performed poorly on the national history exam. Many would hate to admit that there is something wrong with the history results of American students, but the truth is in the results. Diane Ravitch, an education historian on the governing board to assess student answers, stated that only two percent of twelfth graders were able to answer a question regarding the Brown v. Board of Education Supreme Court case. The case, which is a hallmark moment in history, declared that separate schools for black and white children were unconstitutional. The fact that American students are unable to answer such an important question incorrectly proves that there is indeed something wrong with how history is taught in public schools.

So what can be the reason behind the lackluster performances of students across the nation? According to Linda Salvucci, vice chair of the National Council of History Education, believes that there are two reasons as to why students had such meager results on the NAEP exam. One reason is that many history teachers are not experienced enough to teach and another is the No Child Left Behind Act. The law is extremely restrictive, and requires schools to put a lot of emphasis on math and reading; causing other subjects to be left on the back burner. A March 2006 report from the Center for Education Policy stated that 71 percent of American school districts have decreased their attention to subjects like science, history, and geography since No Child Left Behind was passed. Such a sharp decline in time, resources, and attention to subjects like history will inevitably detrimentally affect the future generations of America. For example, in a previous post of mine I mentioned how foreign language departments in a myriad of school districts have been suffering from a lack of resources. Subjects like the foreign languages, history, and science are usually not given enough focus because of the NCLB act, and this is tragedy for students. The non math and reading subjects are the ones that aid children in becoming well-rounded, globally aware global job contenders.

Despite the fact that history is sometimes looked as a simple subject that merely requires rote memorization, it is rather important subject for students. History allows children to understand the country they live in, and have a better appreciation for the world around them. Whether students are studying history about America or the world, they will come to learn about the many individuals in time who affected today’s society. From the events and people that children learn about in school, they will eventually come to a conclusion about how to understand their own country, foreign nations, and those who live in both.