Donald Trump has asked for the President to provide his birth certificate several times and has made a new statement that the President wasn’t “Qualified for the Ivy League.” I am not sure how the President performed at Harvard, and honestly I think it is a 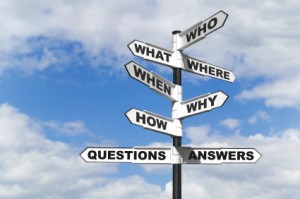 question that the American public should not really care about. Even if he was a straight A student, it means nothing for how he will and has run this country. As many of the top business minds in the world will attest, academic performance is not always an indicator of your intellectual ability or overall potential success. Michael Dell, Steve Jobs and Bill Gates are college dropouts and George Bush, Yale alum, was not, by any means, a star pupil. Not to mention that Trump, with his Wharton Business School (Ivy League) degree, has made several mistakes in business ultimately leading to his filing for multiple bankruptcies. Does this mean that we should also assume that this history indicates he is not qualified as a business or political leader? It is not as though he can file bankruptcy to get the US out of its financial nightmares.

The larger point is, WHO CARES!

Everyday in this country many children participate in an education system that is not preparing them to enter any college, forget the Ivy League. They are not prepared to enter the workforce. They are not prepared to compete in a global marketplace. They are receiving a subpar education because of lack of resources, lack of funding, and overall issues with equity and access. Isn’t this the issue that our future leaders should be raising whenever they talk about education and qualification? Isn’t this the problem that we, the voting public, actually should pay attention to? Regardless of what type of college student Obama or Trump were throughout their education, they have a college degree from some of the finest institutions in our country and they are leaders in their field.

But what about the next generation currently coming through the US education system?

This is the problem of being qualified that any candidate or public official should be raising with the media. As we enter another election cycle and candidates once again throw their hat into the race, can we finally have a focus on the issues and problems that really matter?

Questions for any candidate that wants to be President should focus on issues such as, how are you going to work WITH Congress to address issues in education or the budget? The President can have a ton of ideas, but unless the Legislative branch of government writes the legislation to implement these ideas, his hands are tied. Why are we not asking these questions of our government officials rather than asking for proof of birth, proof if you were qualified to get your degree, or even whether you lived up to your campaign promises.

If we were dying of cancer, we wouldn’t care what grades our doctor made in medical school, whether he had lived in the state long enough to know all the history or if every idea he had suggested in the past was a viable option to address our current symptoms. All we would care about is, what are you doing right now to make me better? And if I am going to decide to choose a new doctor, all I care about is what is the new doctor going to do that is going to provide a better outcome than the doctor who is currently treating me? I don’t care that you did better in medical school; all I want to know is how are you going to use your education to improve my current situation. So, if we are going to talk about education, let’s talk about something that really matters and leave these other types of questions for celebrities playing games on tv. Voters are dealing with real issues and real problems on a day-to-day basis, none of which will change if Obama did poorly in a law class.

Running for an elected position should be treated as seriously as offering medical advice. Candidates should leave the silly questions and personal jabs at their opponents out of the conversation, focusing solely on real issues. As voters we need to pay less attention to the gossip and catfights and care that policymakers make decisions daily that impact our lives. Stop allowing them to avoid addressing the real problems by creating issues that don’t matter in the larger scheme of things. If they want to talk about education, keep it about the failing schools and lack of educational funding. If they want to discuss where someone was born, lets talk about inadequate health care, underfunded hospitals and infant and maternal mortality. If we continue to allow candidates to only focus on issues that don’t really matter, than what does that say about us?